Kelton camp makes a splash in the community once again 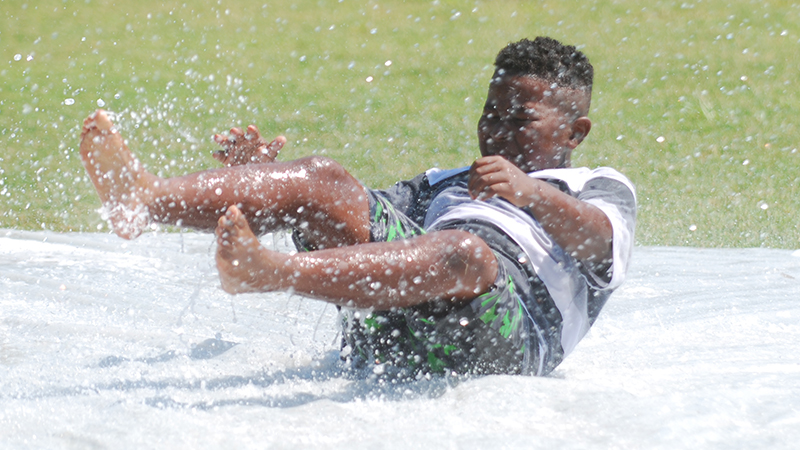 The Kelton camps were back and full of children yelling and cheering these last two weeks.

Participants from the age of 5-12 took part in baseball fundamental training. Camp session one was from June 13-17 with session two running from June 20-24. The camp was more than just rigorous baseball training as the main focus was having fun. If the decibel level was used to measure how much fun the kids were having, it would be off the chart.

The dozens of kids that participated got to play on Williamson Field where the Panthers play baseball throughout the Springtime.

The Kelton camps have become quite the tradition in LaGrange as kids flock to take part in them. Despite being primarily a baseball camp, it does not exclude girls who came out to learn more about baseball as well as just have some fun.

Nothing was more fun for the kids than what came after the baseball training in the morning.
The kids were treated to the sprinklers being turned on to full blast in the outfield as dozens of kids ran around yelling and screaming as they blasted their friends with water. The fun with water did not end there as the kids were treated to some water slides at the end of the baseball section of camp.

The Kelton camp was another big hit this year and will be looking to return in the summer of 2023. All information about future Kelton camps can be found at https://www.davidkeltoncamps.com/youth-summer-camps.cfm.