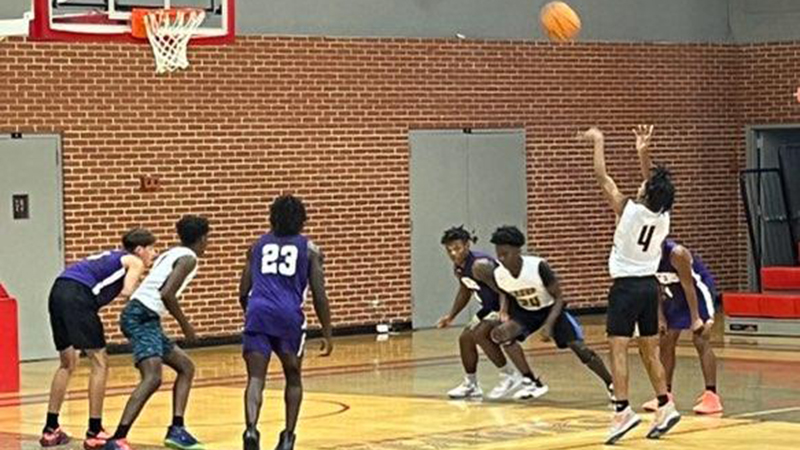 The Troup County boys basketball team enjoyed a summer camp at Huntingdon College earlier this week. The Tigers went 3-0 on Wednesday, which came as a bit of a shock to first year head coach Jairo Gay.

“They far exceeded my expectations,” Gay said. “We went in thinking we would have a tough battle, and we did.”

The Tigers defeated Central High School and Notasulga 51-49 and 39-38 OT respectively in the first two games. The games were tightly contested as Gay’s Tigers showed their mettle wiith two victories in the clutch. This was followed by a more comfortable 42-31 win over Tallassee to cap off the camp for Troup. Gay went into the camp expecting to get one win and maybe two if everything went right. Instead, his boys showed up to play and impressed their new coach.

“I thought we might be able to get one out of the three games,” Gay said. “Surprisingly, my boys far exceeded my goals for them.”

After a 4-17 season in 2021-22, the Tigers are looking to be massively improved under their new coach. So far, the signs are pointing in the right direction.

“I set a goal to make the state playoffs this year,” Gay said. “Even with the young talent that we have, I’m optimistic we can achieve that goal.”

Some of that talent was on full display at the Huntingdon camp. DeOvion “Bop” Tucker was one of the Tigers best players last season and looks to take an even bigger step forward going into his final season at Troup. He was huge in the win over Tallassee where he connected on four massive 3-pointers and sank the crucial free throws down the stretch to get the win.

Tucker was not the only Tiger that made a big impact on his new coach. DeJaylen Campbell and Jay Johnson played stellar defense in all three games as well as hit critical clutch buckets and free throws to help secure three straight wins for the Tigers.

Brown, Delaney, Moreland are all rising ninth graders and will be looking to get their first varsity action starting in the fall.

Huntingdon was not chose at random as Gay participated in a seminar there earlier in his life and enjoyed his time in Montgomery, Alabama. Gay hit it off with Huntingdon men’s basketball head coach David Gurganus at the camp. Now, Gay plans to make the Huntingdon camp an annual event for the Tigers going forward.

Troup boys basketball summer schedule is beginning to wind down. The Tigers have a camp at Lithia Springs next Tuesday before wrapping up summer camps at Lanett next Thursday.