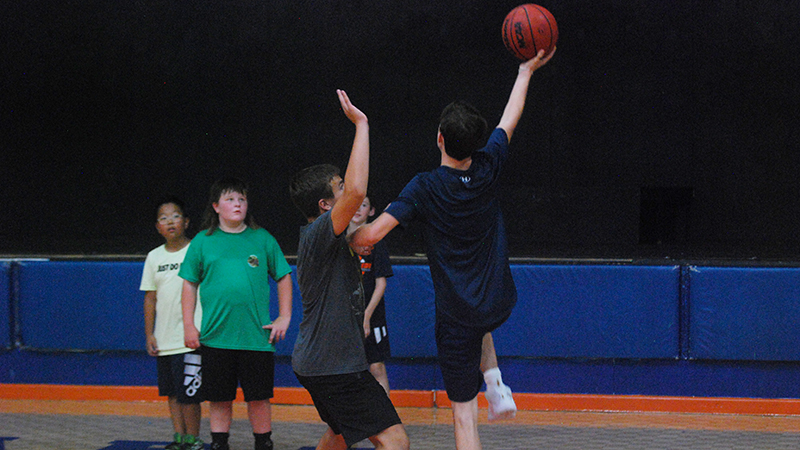 It is back to the basics at the Britt Gaylor camp this week. Starting Monday and lasting until Friday, kids got a chance to learn the fundamentals from the LaGrange Academy boys basketball coach.

Rising fifth to rising eighth graders lined into the Lagrange Academy gymnasium on Monday. Gaylor was teaching the players about the basics of the game. Primarily on Monday, he was working on dribbling and driving.

As the week progresses he plans to build on the skills each day.

The kids came in all sizes, small to tall and the skill levels also varied widely as well.

Gaylor is a certified player development specialist through Impact Basketball and has been around elite basketball instructors. His camps are largely fundamental based with an emphasis on how to play in a team setting.

Gaylor has coached and trained numerous college basketball players and gives campers a foundation that they can use going forward to continue to get better. The camp also emphasizes the best parts of basketball with fun through competitive skill contests and team games. Gaylor spent the last several years coaching for St. George’s Episcopal School before deciding to return to LaGrange Academy.