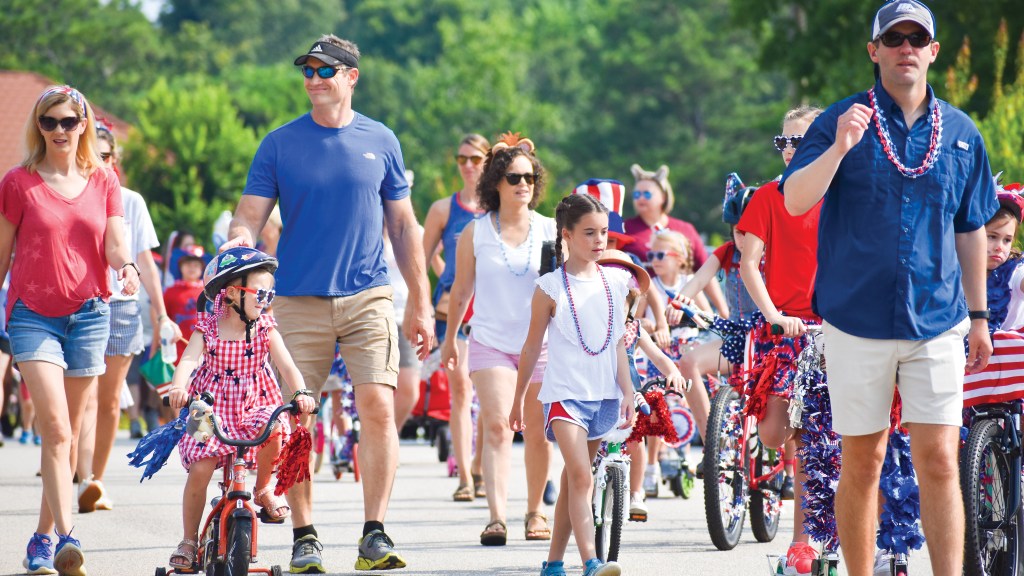 The annual Sweet Land of Liberty Parade will return on July 4 for its 38th year.

Hosted by the Junior Service League of LaGrange, the parade will begin in Downtown LaGrange. This year’s theme is “Peace, Love & Freedom” and will be led by Grand Marshal, Greg Watts, the LaGrange Chapter President of Sleep in Heavenly Peace.

The parade is uniquely led by children in homemade floats. These floats can be wagons, bikes or skates. Children march from Sweetland to Lafayette Square before returning to Sweetland once more.

The parade will begin promptly at 10 a.m. Participants will assemble in front of Sweetland Amphitheater beginning at 9 a.m. Judging will begin at 9:30 a.m. Young people should be dropped off with their entry at the starting location. The only adults allowed in the parade line-up are registered parents or group leaders and designated parade marshals. This is for the safety of the participants.

No young people may be removed from the parade while it is in progress.

Parents should promptly pick up their children at the conclusion of the parade at Sweetland Amphitheater.