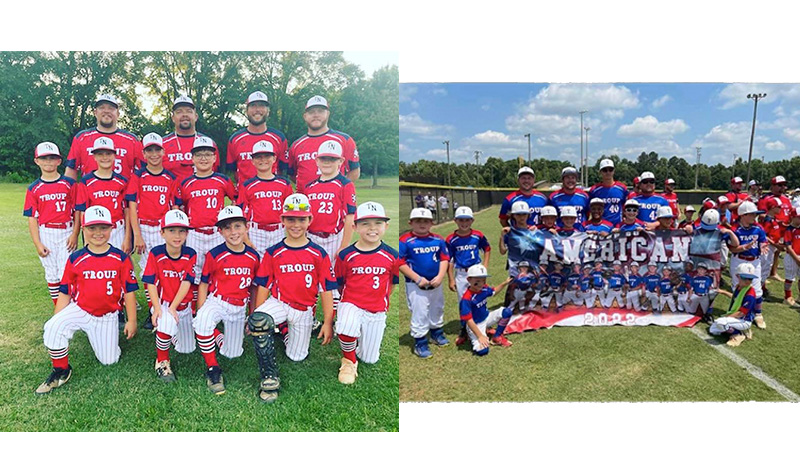 Members of the Troup County 8-under rec all-star teams got treated like royalty as they competed in the Georgia Dixie Youth State Tournament in Cochran last week. Two teams of 12 players apiece took part in one of the biggest youth baseball tournaments in the state.

Twelve players made up the American team that made a run all the way to the semifinals before falling to the eventual champions, Perry.

“They played some really good baseball against a really good team,” assistant coach Brandon Lowary said. “We brought the youngest team out there and got further than anybody expected.”

The 12 members were selected from the 8U American League in Troup County.

It was an experience this kids will likely never forget. The American team fell one win shy of playing for the championship.

“It’s super cool and something to be super proud of,” Lowary said. “The kids won’t forget how much fun they had anytime soon.”

Much like their American League counterparts, 12 players made up the National team that took Cochran last week. The National team went 0-2 at the tournament but still got to experience a fun week of baseball.

The National team took a couple of tough losses, but the kids still got to have a big experience at the Georgia Dixie Youth State Tournament.

“We had a great group of kids and they were really excited,” Smith said.

The Troup 8U baseball league will return with another season in the fall, but it is the spring season that really matters. The spring season sets up who gets to coach and be a part of the Troup 8U teams that travel to take part in the Georgia Dixie Youth State Tournament.