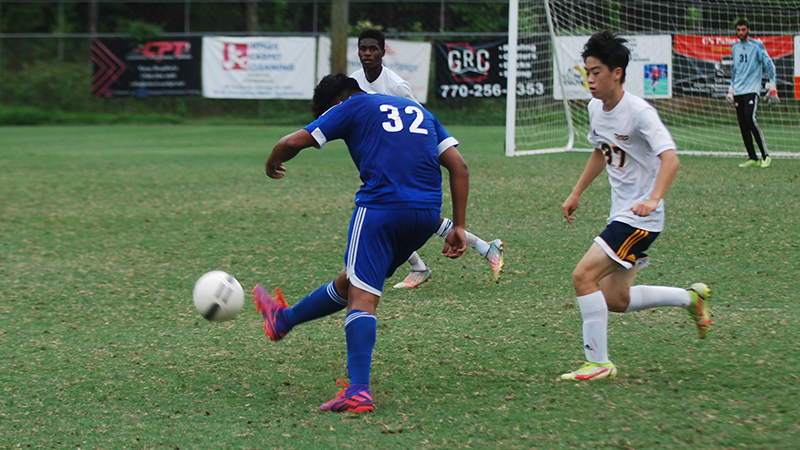 After rain put a damper on Tuesday’s 7-on-7 games at Callaway on Tuesday, soccer was back in action on Wednesday. Troup and LaGrange showed up to Callaway to get some valuable summer practice in.

Troup and Callaway played in the first game. The game was a back-and-forth affair as both teams brought out their varsity team. Neither team backed down as it was a high intensity affair with Luis Trinidad scoring multiple sensational goals including a chip of the goalkeeper from around the half field line. Troup brought in its JV team a little over halfway through the contest to keep them fresh for the Tigers next game against LaGrange. Callaway is coming off a second round exit in the AA state playoffs while the Tigers are coming off a season where they exited the state playoffs in the opening round.

Troup and LaGrange clashed in the second game of the night with LaGrange using a good mixture of JV and varsity players. It was a back-and-forth game much like the last one with Davis Knight leading the line for the Grangers. He showed fantastic drive in the final third as he created and scored multiple goals for LaGrange, but it was Yuri Kim, a rising sophomore, who scored the best goals of the game as he carved up the left wing and played a sensational 1-2 before burying the ball in the back of the net. Kim has been catching the eye for Troup in the summer after playing sparingly with the varsity team during his freshman year.

The Callaway 7-on-7 summer camps will be taking a break for the July 4 week but will be back on July 12 with more teams than the school has hosted so far this summer.