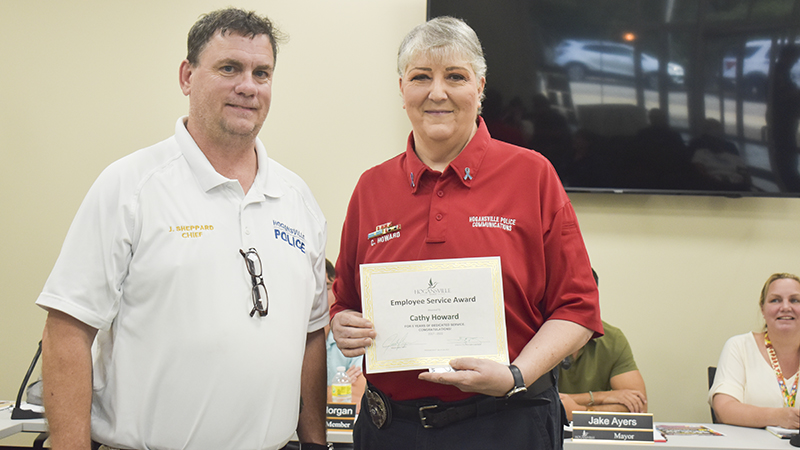 Cathy Howard has served as a communications officer for the Hogansville Police Department for five years. While this service time may not be as long as what is typically honored, her work, both in and outside the job, is greatly appreciated by HPD and city staff alike.

“She has not only been an exemplary employee, but she has never called out sick once in five years or been late to work,” HPD Chief Jeff Sheppard said on Howard’s character. “If there has been an emergency when we’ve needed another dispatcher, she answered. She has worked other people’s shifts and stayed over. That perfect attendance in the working world is almost unheard of.”

Howard started her position with the HPD in June 2017 and became a certified officer that October. She is originally from Brooklyn, New York, and lived in Texas before moving to Georgia. Howard is additionally a former marine and has five children and four grandchildren. She became certified as an internal agency coordinator in 2021, which Sheppard said was a higher step communications officers typically took for their positions.

Sheppard jokingly added she was still trying to learn to “speak southern” despite living in Hogansville for so long.