Sidewalk construction is underway outside of the historic Colonial Building on Ridley Avenue as part of the city of LaGrange’s streetscape project at the intersection of Ridley Avenue/W. Haralson St. 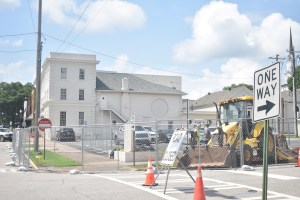 Several modifications are being made to the sidewalk outside of the Colonial Building in relation to the streetscape project, said Katie Van Schoor, marketing/communications manager for the city of LaGrange. In addition to the sideline, there are plans to remove the downtown direction sign and replace it with a large-standing clock.

Another aspect of the city’s project involves constructing a park-like area directly beside the Colonial Building. The area is currently an empty parking lot directly across from the Visit LaGrange visitors center, which opened late last year. These plans were originally highlighted in Mayor Jim Thornton’s 2022 Mayor’s Update, which is available to view on the city’s website.

Ridley Avenue improvements will include a four-faced post clock, a water fountain, new gas and electric lighting, pavers, stormwater mitigation efforts and landscaping. The LaGrange City Council approved an amendment to the city’s sidewalk cafe ordinance late last year, authorizing the use of additional equipment and furnishings outside of traditional tables and chairs for inner-city businesses, spearheading more “streetscaping” in the area.

“There’s been several improvements made in the area in the last several years. It’s like night and day.”

Another related streetscape project was recently completed at the intersection of Bull St. and Broome St. This project involved enhancing the intersection’s corner with new pavers, electric and gas lighting, benches and landscaping.

A new Mexican cuisine eatery, Trios Cantina, is currently being constructed in the once-empty storefront and is expected to open later this year. 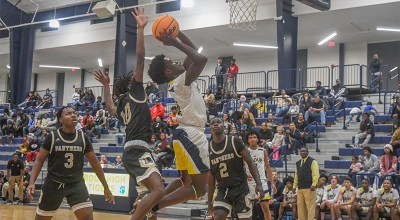