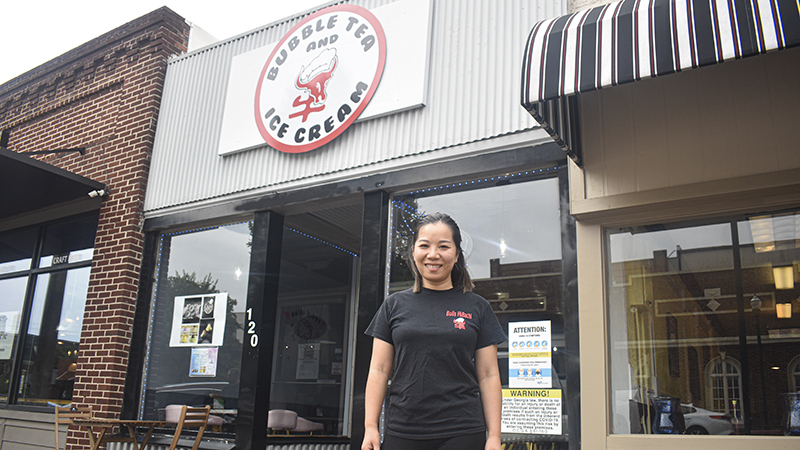 Fiona Chow has had a fairly successful time in LaGrange since arriving in the area in 2014. She, along with the assistance of several extended family members, owns and operates Troup County’s three Bull’s Hibachi locations. Now, Chow is venturing into sweeter territory by opening Bull’s Bubble Tea and Ice Cream in downtown LaGrange, mere steps from the Bull Street Bull’s Hibachi.

Bull’s Bubble Tea and Ice Cream, located in the former CheesyMac location, features several Asian-style ice cream and sweet teas, many of which Chow creates herself. The ice cream used for her rolled ice cream is homemade daily.

The business, which had a soft opening earlier this week, features rolled ice cream, milk tea, boba and, a personal favorite to Chow and her two young children — snowflake ice cream. Snowflake ice cream, Chow explained, is shaved down ice cream sheets that create snowflake-like clusters. Due to the consistency, the ice cream is lighter and easily melts in one’s mouth. Chow added it is popular street food in Taiwan.

“Snowflake [ice cream] is my kids’ favorite, but we have to go all the way to Atlanta to get it,” Chow said. “So I thought, why not just bring it to LaGrange?”

Chow is originally from China and moved to the United States with her husband nearly a decade ago. Following a brief stay in New York where her husband worked as a sous chef, they took a friend’s advice and moved to LaGrange.

As she dealt with the culture shock of moving into a small town ⁠— especially the ample amount of parking that did not exist in New York ⁠— Chow began to find her footing in the local culinary scene. She opened her first Bull Hibachi location in downtown LaGrange around 2015. Her second location near Wellstar West Georgia Medical Center followed soon afterward, and her third opened earlier this year.

Several of Chow’s relatives work at each location, an aspect that helps the entire family stay in touch.

“It’s hard to find workers right now, so I bring a lot of my family here,” Chow said. “We don’t get to see each other too much but on Sundays we have family reunions  We’re able to help each other.”

Originally Chow wanted to incorporate the dessert aspect of her first location but ran into issues early on.

“We didn’t at the location very early on but we didn’t have enough space for it,” Chow said. “I told customers I would open one on this same street if I could.”

Chow said her husband had the idea to incorporate Poke bowls, which are protein bowls with different vegetables, meats and Chow’s homemade sauces. Chow also plans to incorporate ice cream for those with dairy and other dietary restrictions.

With Bull’s Bubble Tea and Ice Cream now up and going, Chow is looking at other business ventures in the immediate area. She said she’s planning to open a fourth Bull’s Hibachi location in Pine Mountain where she hopes to accommodate her ice cream and Poke bowl options. As a tribute to her two children, she wants to open a second Bull’s Bubble Tea and Ice Cream shop and incorporate a trampoline park.

“We’re trying to find a location on Lafayette Parkway,” Chow said. “I take my own children to the trampoline park [in Newnan.]  While busy with the restaurants, I want to be able to spend more time with them. So I decided to bring one closer so I’m making money and saving money at the same time.”

Bull’s Bubble Tea and Ice Cream will have its grand opening on Aug. 1. 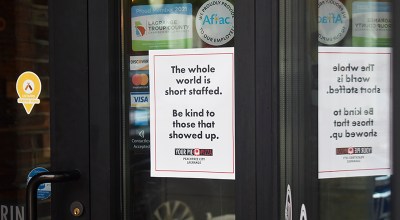 Restaurant industry continues to be the last to recover