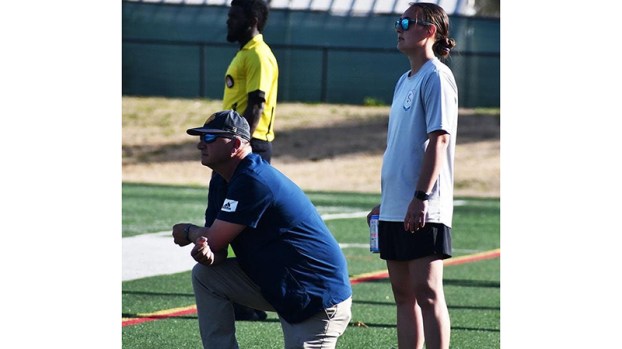 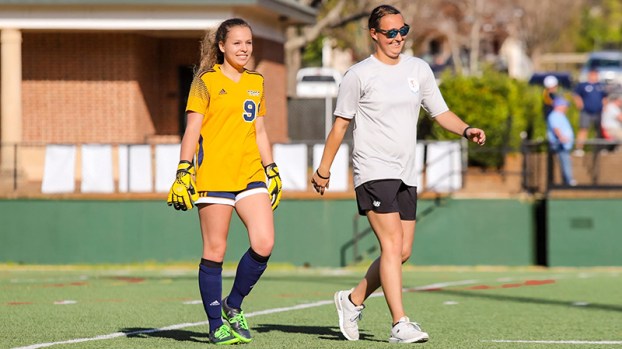 It is a new era of Troup High School girls soccer with Carolyn Harkness stepping in as head coach of the Tigers after previously serving as the assistant coach the past two seasons.

“I’ve been working toward this, and I’m happy to finally have all the girls fully under my wing,” Harkness said.

It has been a positive transition all around for as former coach Eddie Lawson relinquished command of the team to focus on the boys soccer team. Despite giving up control, Lawson has been helping Harkness adjust to the administrative aspects of her new job, which include scheduling, dealing with parents, setting up a weekly schedule among a plethora of other new responsibilities.

In many respects, Harkness was the de facto sideline coach in 2022 as Lawson began the transition of power. She got to start implementing her vision and tactics as well as  make adjustments and substitutions on the sideline.

“I used the first year to get everything under my belt and learn a little bit,” Harkness said. “Last year, I pretty much ran the team because [Lawson] wanted me to get some hands-on learning.”

While not a native of Troup County, the area has become home to Harkness over the last few years. She came to the area from Jackson to attend LaGrange College – where she was a dual-sport athlete in soccer and softball – and has stuck around long after her schooling ended.

Softball was a supplemental sport as her primary passion reamied soccer. After sticking around to help coach at LaGrange College for a couple of years, she decided her soccer coaching career would be better suited for younger athletes.

“High school soccer is where I went through my biggest changes and figured out who I was on the field,” Harkness said. “I know these young girls have dreams and if I can help them achieve that and help them have fun along the way I will have struck the perfect balance.”

Despite Harkness being a new head coach in title, it is really in title only as the girls on the team have already adjusted to Harkness’ style of coaching. Her being a part of the program for the last two years has helped make this a smooth transition. It also does not come as a surprise as it was always Lawson and Harkness’ plan to have her take over the program after two years as assistant coach.

It will not be all sunshines and roses in her rookie year as coach with the team losing six of its 11 starters from the 2022 season. Many of the starters and significant contributions from the bench will be rising ninth and tenth graders.

It will be uncharted waters abound as the Tigers will also be entering into a new region – one that figures to be much tougher than their season a year ago.

“The teams out of Fayette County are top programs because their county has bigger clubs so people in the area have more soccer knowledge,” Harkness said. “Down in Columbus, our former region had Columbus High as a formidable team, but the rest of the teams were not as high caliber.”

Despite the move to a region full of soccer powerhouses, the standards for Troup soccer are going to remain the same. After the first back-to-back playoff appearances in program history, Harkness is angling to make it three in a row.

“If we lose some games because we don’t have the team that we used to, that’s okay as long as we show growth,” Harkness said. “If we make the playoffs, it will be amazing, and that is the standard we’ve set, but if we don’t make it we still have to progress as a team and as individuals.”

Harkness is still months out from her head coaching debut in early 2023, but she is already getting excited at the prospect of running her only program. While the opening game does not kick off for a while, she has embarked on her responsibilities as head coach already as she gets her team prepared for a new era.