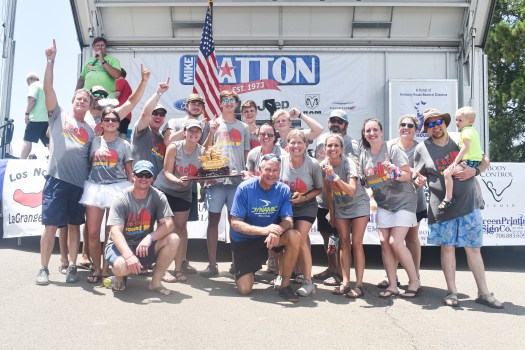 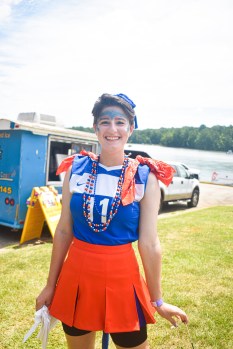 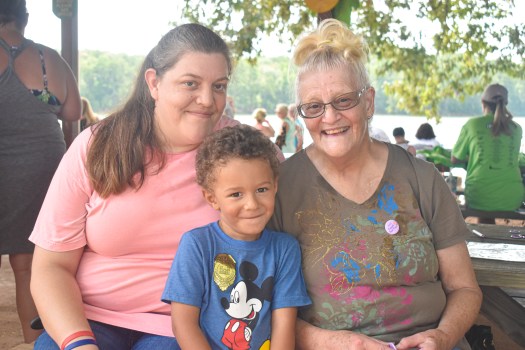 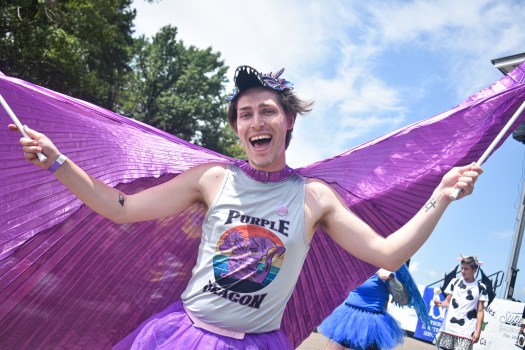 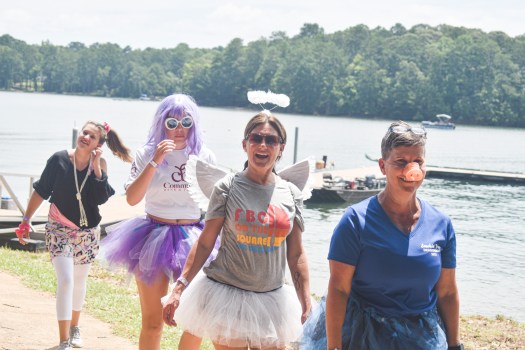 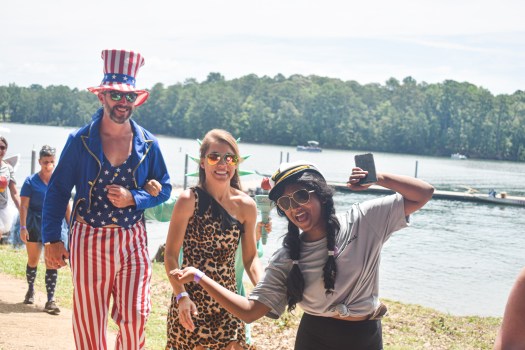 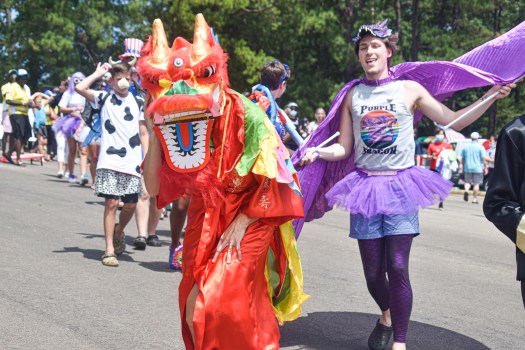 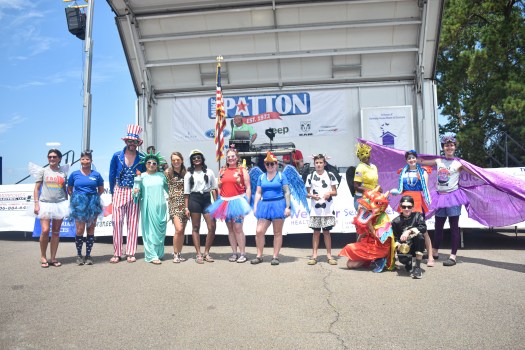 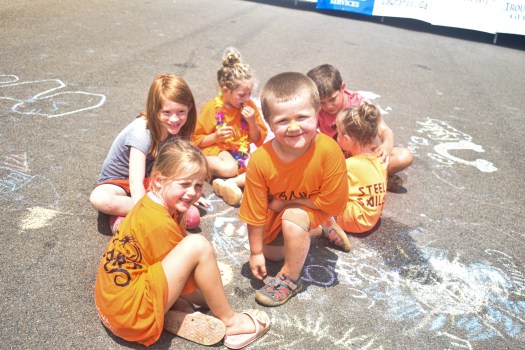 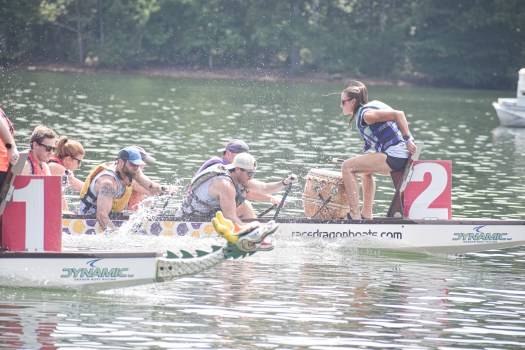 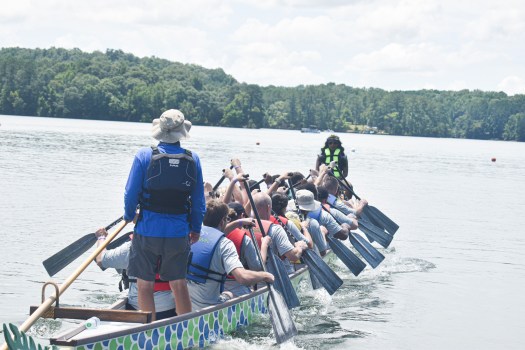 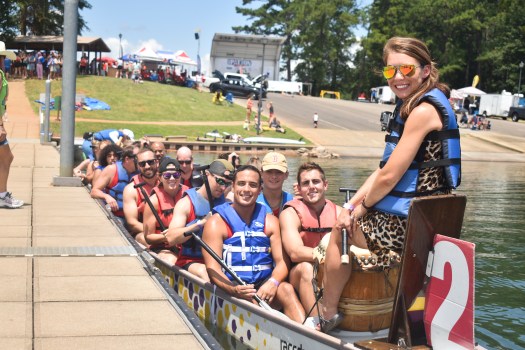 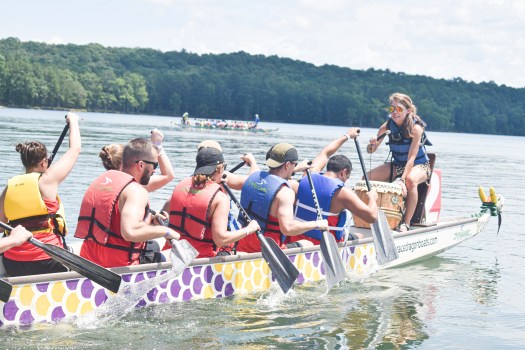 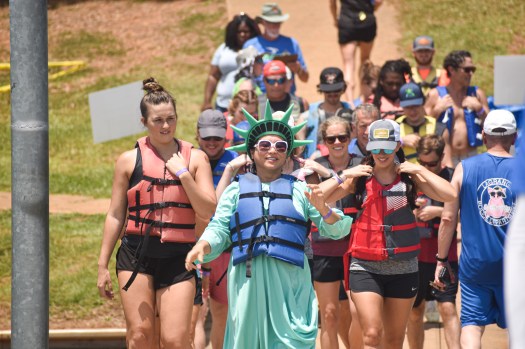 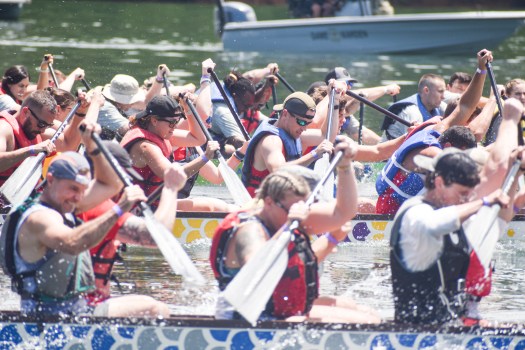 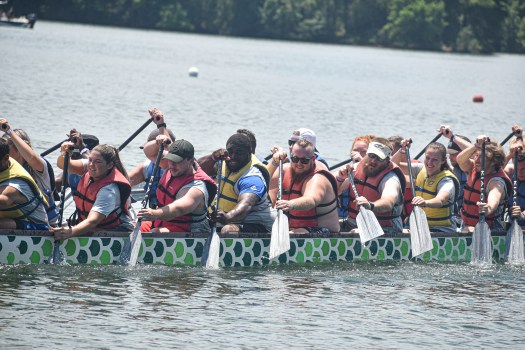 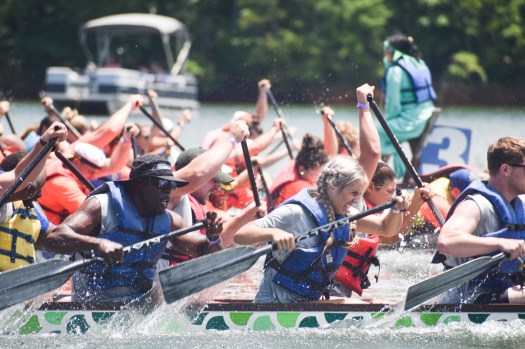 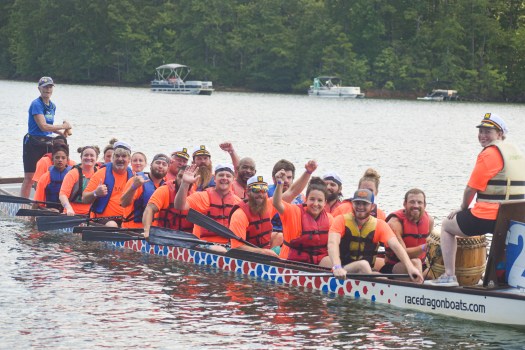 As team members noted, they won thanks to some help from upstairs — and those on the boat itself.

“We had an angel on board,” said team member Bill Hunnicutt.

That angel was team member Tanya Abernathy, who served as the team’s drummer, thus the angelic outfit.

“I’m really excited that we won,” Abernathy said after the win. “We were focused, and we had a good team and a plan. Most importantly, God was watching over us.”

Though the bragging rights were certainly a highlight for winning teams, the purpose for participating in the lakeside event far outweighed the need for glory.

All proceeds went to Harmony House, a domestic violence shelter in LaGrange. The nonprofit was aiming to raise $40,000. Harmony House’s Executive Director Michele Bedingfield said Monday the organization made just over that amount but was still navigating through several variables to adjust the final amount. She added the event was once again a successful one that is continuing to concrete itself as a local tradition.

“The Dragon Boat Race may not be the most financially successful fundraiser in LaGrange, but I feel it’s one of the most successful ones when it comes to raising awareness,” Bedingfield said.

The event, Bedingfield noted, brought in many individuals who expressed interest in volunteering or donating.

Bedingfield said the current economic situation has put constraints on the services the organization is able to offer, though no one will be turned away for help. Domestic violent situations often come with financial restraints, Bedingfield said, and those seeking help from Harmony House need extra financial assistance during recovery.

“We try to break all barriers, but it also takes a toll on our budget,” Bedingfield said. “We used to be able to put $25 in [their] car to get them back and forth to work but now that’s more expensive. But we have to push through it. There’s just no other option. We’re going to continue serving, and we’re going to serve well.”

LaGrange Police Department Chief Lou Dekmar — who participated in the department’s team, The Smokin’ Pigs — noted the shelter’s importance in assisting those in domestic situations in the community.

“[Domestic violence], next to gang involvement and drug involvement, is the single most contributor to homicides,” Dekmar said. “It’s the close working relationship [LPD] has with Harmony House and its volunteers we attribute the significant increase in aggravated assaults and homicides.”

New teams included Hyundai MOBIS Georgia who ultimately ranked low in both its races. However, the reason for participating outweighed the need for a trophy.

“Giving back is really important for MOBIS Georgia,” said Natisha McGhee, manager of Hyundai MOBIS Georgia. “Within our global [companies] all of us do community events. We decided this year to do Harmony House’s Dragon Boat race for ours.”

Mike Patton Auto Family has sponsored Harmony House’s Dragon Boat Race since its conception. This year the business came in sixth place overall and ranked fourth and sixth in Round 1 and 2 of the races.

“We loved [the Dragon Boat Race] since five minutes in,” said Mike Patton. “It’s fun team building and a brilliant event for the community.”