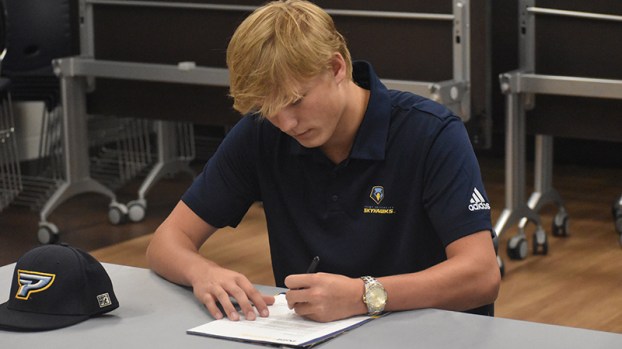 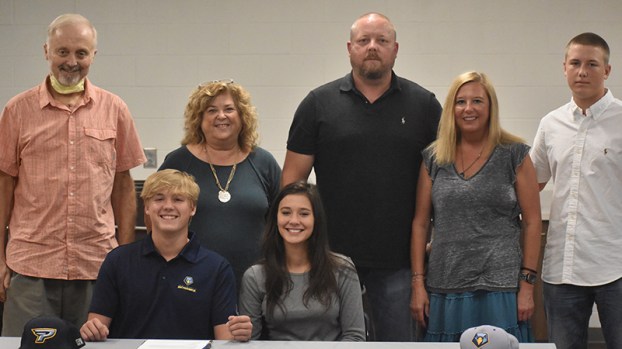 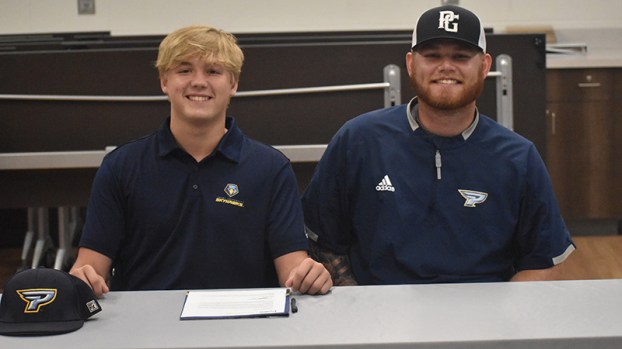 With summer in its twilight stages, college campuses are going to be flooded with new students in a month’s time. For Rocky Pemberton, the impending start of college is no longer a question mark as he announced his decision to attend Point University to play baseball starting in the fall semester on Tuesday afternoon.

“This is very exciting,” Pemberton said. “I’ve always wanted to play college baseball, and it’s always been a dream so I’m glad that the dream will finally become reality.”

The talented left hander is leaving the Troup Tigers to be a member of the Skyhawks just up the street. He has been a key contributor for the Tigers the last few seasons despite constantly having setbacks with injury.

“It’s annoying, it really gets on my nerves,” Pemberton said. “Some of it was bad, stupid decisions and some of it bad luck.”

It is a touching bit of humility from Pemberton to admit his decision making led to some of the injuries earlier in his high school career. That type of maturity is one of the major reasons the Point decided to recruit him.

“He’s a hard worker,” Point coach Auston Wilson said. “We want somebody that is going to come out there and work hard and bust their butt everyday, and that’s the type of kid he is.”

Wilson recently graduated from Point and joined the Skyhawk coaching staff where Pemberton served as his first recruit. It was a long time in the making as Wilson has seen Pemberton play baseball since he was 12-years-old.

The past six years have seen Pemberton’s game grow significantly. Despite being extremely athletic with ability to play the field, Pemberton is being recruited solely as a pitcher.

“I don’t think people realize how good of an athlete Rocky is,” Troup head coach Tanner Glisson said, “He could have played any position for us. He is a  very athletic pitcher.”

He has fine tuned his command of multiple pitches and his ability to dominate the strike zone over the last couple of years so that now he is able to turn one of his childhood dreams into reality.

Point is getting a left handed pitcher who can operate out of the starting role or as a reliever. Pemberton is not looking to make a fuss about his role, he just wants to put his head down and carve out whatever role he is called upon to do.

“I’m just looking for an opportunity to pitch,” Pemberton said. “It doesn’t matter if I start or I’m in the bullpen.”

The signing day was an even more significant occasion for Pemberton as it was also his 18th birthday. Surrounded by loved ones, from family to teammates to coaches, Pemberton was able to celebrate a momentous day in the place where he made so many of his best memories. The one that stands out above all others? A celebration of a win over Columbus in 2021 that saw the team clinch the region title. The celebration included the players firing off Sprite bottles like they just popped the cork on championship champagne bottles.

Now, Pemberton is looking for more celebrations at Point University. The freshly minted 18-year-old will not have to travel far and will be playing in front of his friends and family as he carves out a role for himself as a member of the Skyhawks.