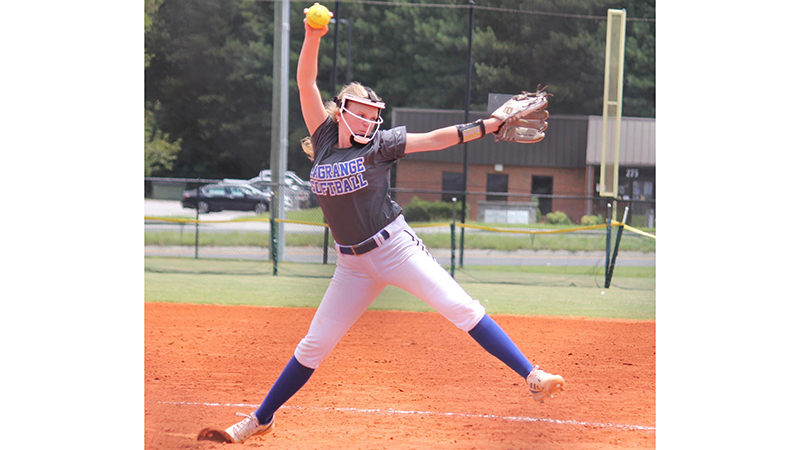 The LaGrange softball team has been in Carrollton this week to take part in the 2022 Carrollton Summer Slam. The Grangers were led by first year head coach Craig Mobley. The Grangers played a double header every day for three straight days as they tested themselves against quality teams such as Bremen, Haralson County and Carollton among others. LaGrange went 3-2.

“We battled and competed in every game,” Mobley said. “A lot of our girls got exposure and got some great reps in.”

LaGrange is embarking on a new era with their new head coach. One of the significant differences between this year’s teams and ones from the past is their depth. The 2022 team has the sort of depth at every position that Mobley dreamed about as assistant coach the last few years.

“I’m getting excited about what the other coaches and I will be working with this year,” Mobley said. “This is the best depth we’ve had since I got here.”

It is not just offense or pitching that has depth, it is every position on the roster.

LaGrange is entering into a new region after finishing third in their region last year to secure a spot in the playoffs. The Grangers took a tough three game series loss to Perry in the first round of the AAAA state playoffs.

LaGrange will scrimmage Northside next week before taking part in another summer camp at Carrollton at the end of next week to wrap up their offseason. The Grangers first game of the season will host Brookstone in the Callaway Tournament.