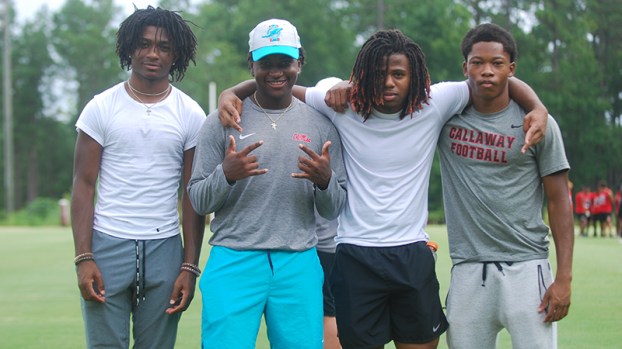 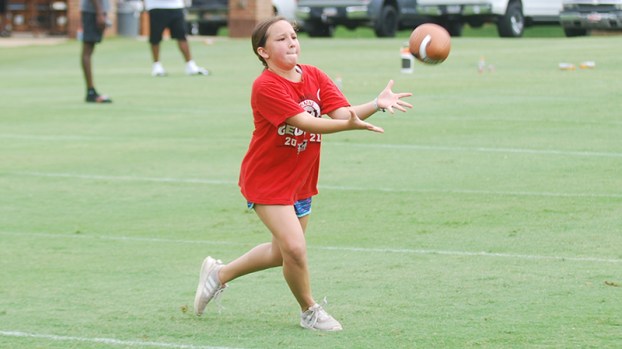 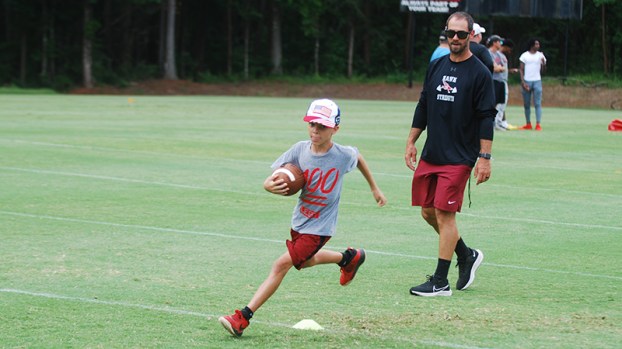 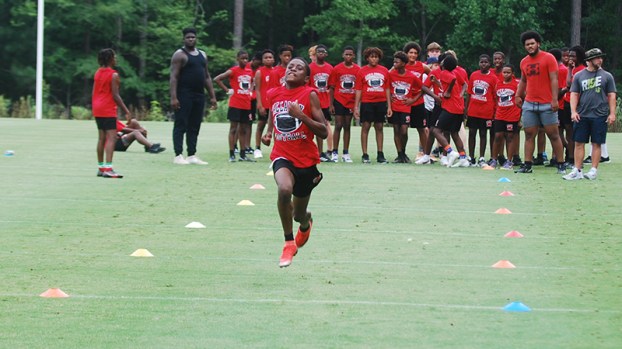 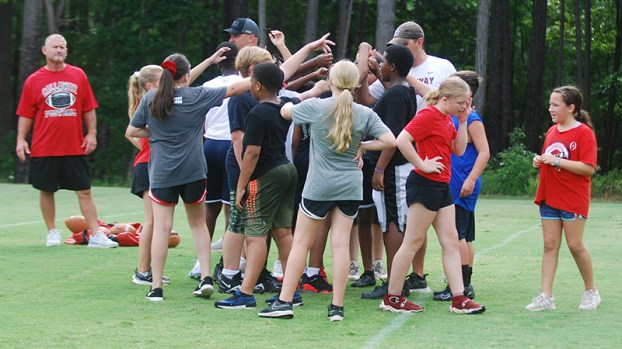 The Pete Wiggins camp was back for another go around in 2022 on Thursday. The event, which Callaway head coach Pete Wiggins has been running for 12 years now, brought out kids from ages 8-14 to participate in football drills.

“I feel like that it’s been growing each year,” Wiggins said. “The kids are excited, and we see a lot of young people who we coached or taught their parents and that is super special.”

The kids were in for a treat, as the camp worked as a combination of a combine-style event with a splash of OTA (Organized Team Activity)  drills thrown in as well. The kids got a chance to run the 40-yard dash timed, use the tackling dummies, learn how to cut with the football among other activities.

The Cavaliers senior players were on hand to help everything proceed smoothly. Everything went off without a hitch as the rain stayed away just long enough for the camp to wrap at noon.

One of the reasons Callaway’s camp felt so unique was how many young girls showed up. Wiggins brought his two daughters to the camp but was pleasantly surprised at how many other girls came out.

“I think its awesome how many girls we have participating,” Wiggins said. “A lot of the girls are on our little league softball team. I am so proud of all the young girls here.”

The girls were not just there to make up the numbers, they were there to compete. The girls ran the same routes as the boys and often showed off their soft hands as they reeled in catches even the boys could not make and slammed their bodies up against the blocking dummies just like their male counterparts.

The event brought out kids interested in playing football and those that have no interest alike. Some of these young kids will be future Cavaliers as they suit up for the high school team in a few years time, while others were just looking for some fun on a Thursday morning. What it was really about was building community. Callaway is a big family to Wiggins and he loves keeping his family close.

“We’re having a really fun time today, and I’m so appreciative of everybody who helped make this happen,” Wiggins said. “We got a great turnout, and we get to show the kids what being a Cavalier is all about.”