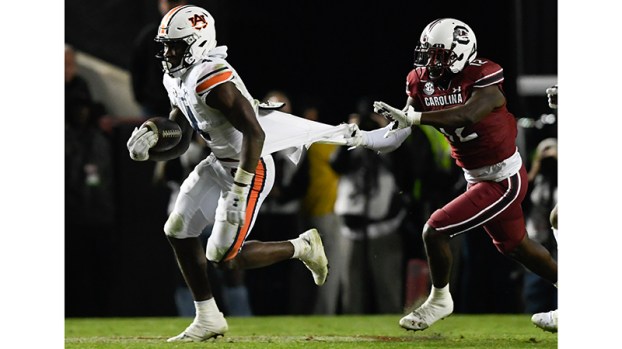 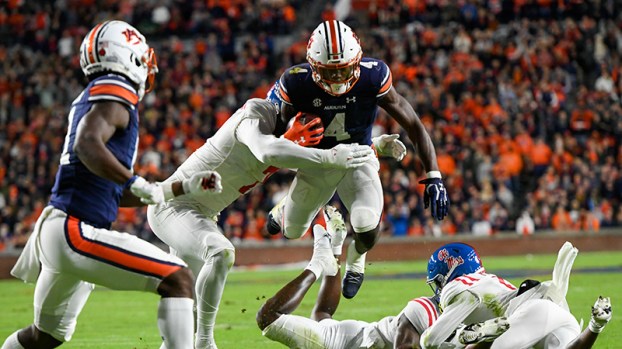 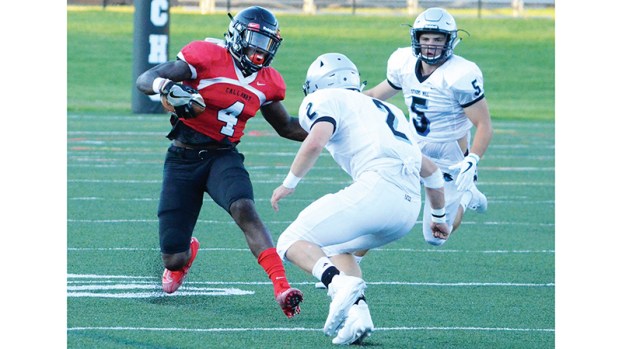 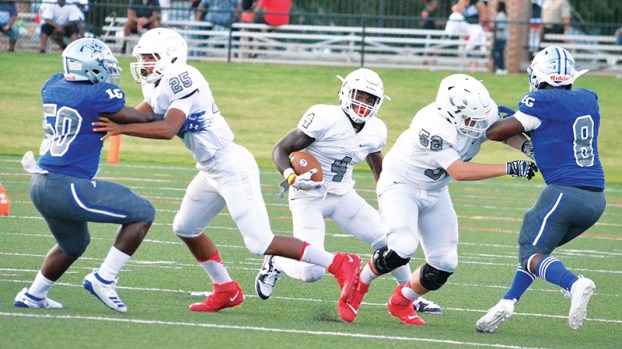 Bigsby is confident heading into his third season as a Tiger. Part of the confidence comes from the fact that he has taken on more of a leadership role in the offseason.

“I want to lead this team with my work ethic,” Bigsby said. “I lead by example.”

Bigsby has been a natural leader since his days at Callaway High School and was one of the Auburn University representatives at the SEC media days earlier this week. More leadership responsibilities came naturally for him as he figures to be the focal point of the Auburn offense starting in the fall.

“I feel like we’re going to run the ball more this year,” Bigsby said. “Auburn is known for its running backs.”

One of the reasons Bigsby went to Auburn was their tradition of producing quality running backs from Bo Jackson to Ronnie Brown to Tre Mason, the Tigers have had strong running back play in just about every era of football and now is no different. Auburn running back legend and current running backs coach, Carnell “Cadillac” Williams helped bring Bigsby to Auburn and has helped mentor him.

“He’s a great coach, and we have a really tight relationship,” Bigsby said. “He’s helped me a lot.”

Williams was brought in by former Auburn head coach Guz Malzahn, who also recruited Bigsby to Auburn. Malzahn was fired during Bigsby’s freshman season (2020). Bigsby and Williams stuck around through the coaching change and their bond remains strong.

The strength of the bond was one of the contributing factors to Bigsby staying at Auburn after his sophomore season. Bigbsy entered the transfer portal but decided to stay at Auburn after a tough sit down with Williams late last year.

“If I just left, it would be like I was running from my problems,” Bigsby said. “I talked with my coaches and family, and I feel like I made the right decision.”

Bigsby is the type of person to run through his problems rather than run from them. Bigsby had a productive freshman year as he totaled 834 rushing yards and five touchdowns en route to SEC freshman of the year honors. Bigsby was the Tigers most productive offensive player in 2020 but took his game to new heights in 2021. Bigsby was the first Auburn running back to eclipse 1,000 yards since Kerryon Johnson in 2017 as he went for 1,099 rushing yards and 10 touchdowns. He is the SEC’s no. 2 returning rusher behind only Chris Rodriguez from the University of Kentucky.

“I’ve been getting smarter with the game,” Bigsby said. “I’ve been studying and learning the game in different ways.”

“Tank is obviously a fantastic player, but I think the most improved overall, just in preparation, leadership and some of the things that we’ve seen from a really good, young player,” Auburn head coach Bryan Harsin said Thursday at SEC Media Days. “His work ethic is second to none. He’s put in the work. He does it on the off days. He does it on Sundays. He does it every chance he gets.”

Much of his work ethic and attention to detail stems from his time at Callaway under head coach Pete Wiggins tutelage.

“He taught me how to run hard and always fall forward,” Bigsby said. “He taught me a lot about the game and being a man.”

Bigsby’s work ethic constantly drives him to improve his game. Bigsby has been studying running backs in the offseason, particularly New Orleans Saints running back Alvin Kamara. Bigsby wants to be more involved in the passing game this season after totaling just 32 catches and 268 receiving yards across his two seasons at Auburn.

“I’ve been working hard on my catching,” Bigsby said. “I’ve also been working on my footwork and route running.”

He’s motivated to lead an Auburn team that was picked to finish last in the SEC West by the media to great heights.

“We might be the underdogs, but we have what it takes to win,” Bigsby said. “I want to win an SEC championship, and if we play together we can win it.”