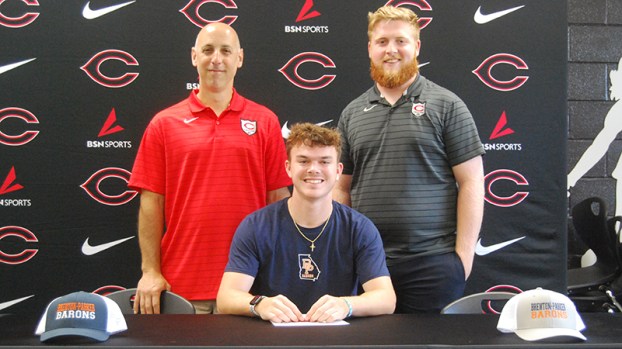 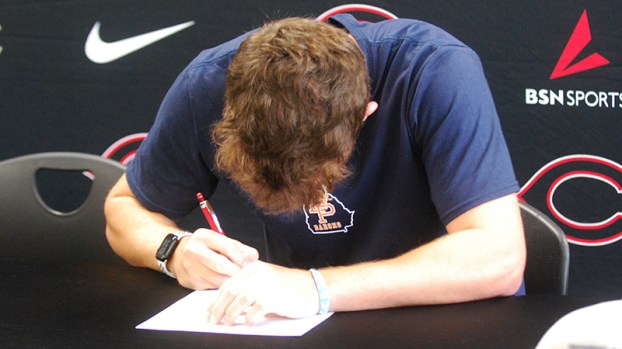 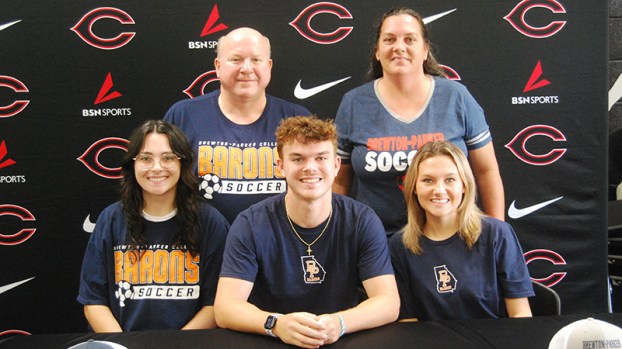 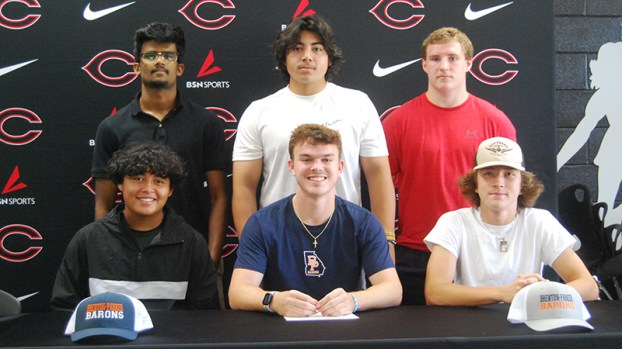 Blake Eubanks has finally figured out his immediate future. After sifting through four different college offers, Eubanks made the decision to attend Brewton-Parker College where he will play soccer with his official signing day was held on July 23.

“It was close to home, and I felt like it was the best place for me,” Eubanks said. “I think it will be great all-around.”

Two of the offers were from schools in North Carolina and the other was from a college in Florida. Eubanks jumped when he received an offer from a team in his home state of Georgia. Located in Mount Vernon, Brewton-Parker is located three hours to the southeast of Hogansville.

“It’s going to be great because my family can come down and see me, and I can come back and see them,” Eubanks said. “It’s going to help a lot being a little ways from home but still being close enough to travel back and forth.”

Eubanks was a star for the Callaway boys soccer team over the last couple of years. Eubanks was one of the first names on the team sheet as he helped lead the Cavaliers attack and helped propel them into the second round of the playoffs during his senior season.

“I know that the kind of athlete and kind of work ethic he has is going to pay off,” Callaway head coach Mike Petite said. “I know he’s going to work hard, grind through things and never give up.”

Eubanks time as a Cavalier has come to an end as he gets ready to start from square one once again. He had to claw and scrap to get playing time earlier in his Cavalier career and knows that he will have to work for a spot in the Barons’ lineup.

“Obviously it’s going to take time to build up my roster spot,” Eubanks said. “I knew that coming in, and I’m ready for the challenge.”

With the Barons’ 2022-23 soccer season commencing in August, Eubanks will have little time to carve out a role in his freshman season, but he is looking forward to the opportunity nonetheless. Eubanks has already established a relationship with Bob Neumann, the head coach at Brewton Parker, which should help make the transition easier.

“I felt like he was the best coach to help me progress through my career and get to every next step I need to take,” Eubanks said.

Despite the start of the school year for Callaway High School less than two weeks out, Eubanks was able to gather some of his family, friends, and teammates in the cafeteria to celebrate the momentous occasion this past Saturday. It was a special occasion as Eubanks was the first boys soccer player in the county to sign to play at a college next season, and he will likely be the last as most colleges will resume classes in the next month.

“It’s amazing to have all my friends and family all come together,” Eubanks said. “It’s special.”

Eubanks was a stalwart on the soccer team for the Cavalier soccer team but was also a member of the football team. He played in the field to start his career before transitioning to kicker in his later years as he began to focus more on his first love — soccer.

“I’m sure if he wanted to pursue football, he would have had an opportunity to keep pursuing football,” Petite said.

Eubanks was a multi-sport star for the Cavaliers, but at the end of the day he was more than just an athlete. Soccer is still a burgeoning sport in the United States but still has a ways to go to capture the same sort of attention that football, basketball, baseball, etc. demand. Soccer scholarships are difficult to come by and rarely, if ever, result in full tuition being paid for. Eubanks was able to pursue these collegiate opportunities not just because of his athletics, but his academics as well.

Eubanks had his fair share of ups and downs with Callaway but gets to leave the Cavaliers on a high note as he departs Hogansville for Mount Vernon in the next few weeks. Despite his time at Callaway coming to an end, Eubanks will be a Cavalier for life.

“The people here have lead me a long way and I wouldn’t be in this spot right now if it wasn’t for Coach Petite and Coach Hunter (Lee),” he said.