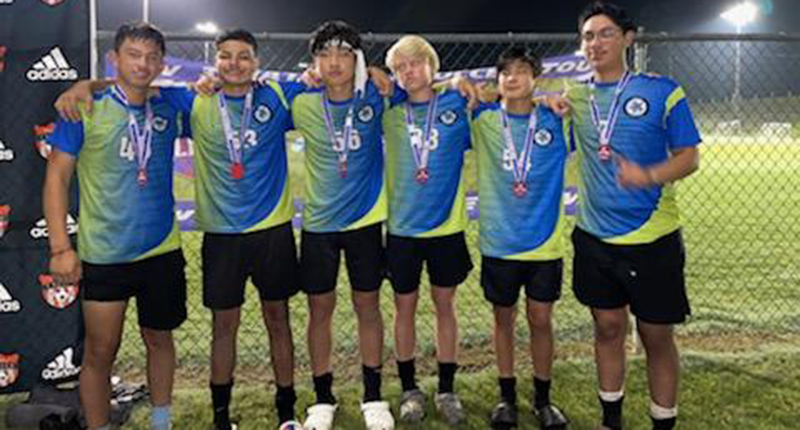 The LaGrange Sea Turtles sent five soccer teams to the 3v3 Live at Birmingham Under the lights. Three of the LaGrange teams won the championships, including the high school team, the born in 2007-08 team as well as the born in 2010-11 team.

The high school team consisted of Grangers Davis Knight, Tripp Hollstrom, Cade Hollstrom, Jordan Bryant and Luke McSpadden. All the teams were made up of Grangers or future Grangers as the younger players were plucked from feeder schools to LaGrange High School. The 2007-08 team was made up of Elvis Castillo, KEnzo Sato, Charlie Pitts, Lewis Park, Luis Morales and Samuel Rodas.

The Sea Turtles, draped in their signature ocean blue and lime green jerseys, will play in the 3v3 national championship tournament later this year.