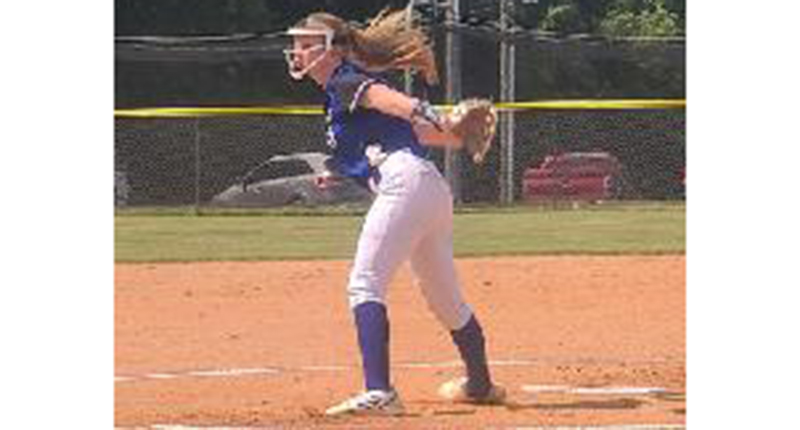 The LaGrange High School softball team took another step toward the 2022 season on Thursday. The Grangers traveled up to Carollton to take part in a double header. The Grangers lost 6-5 to Carrollton before dropping game two to Bremen 8-6.

“First game we had three errors and in the second game we had four errors,” head coach Craig Mobley said. “We swung the bats really well, but our defense cost us in two close games.”

Bremen finished in the top eight in AA last season while Carrollton made the playoffs in the AAAAAA classification last year and will be in AAAAAAA this season. The Grangers proved they could hang with a couple really good softball teams and without the defensive errors could have seen themselves prevail in both games.

Growing pains are to be expected as the Grangers have just four seniors and one junior and will be relying on sophomores and freshmen to step up and fill some big roles.

“We are a young team, and we made some unfortunate errors,” Mobley said.

Kaylee Bryant, one of the seniors, stood out on the night offensive as she went 3-5 during her two games. Hudson Wood was the star of the show offensively as she went 5-7 across the two games and looks to take a major step forward. Wood is just a sophomore and will likely get some experience pitching this season as well.

“She has been pitching for just three days now,” Mobley said. “She went up there and got two outs quickly and walked somebody before getting the third out with just 14 pitches.”

Bryant is also one of the team’s best pitchers and got some action on the mound tonight as she threw two innings. Zoe Thompson threw five innings and figures to be one of the Grangers star pitchers this season.

“Both of those girls did really well,” Mobley said. “Overall, I was very happy with our pitching.”

The Grangers finished their tough summer schedule with a record of 6-5 and could have improved that record with some better defense in a couple of tight games.

LaGrange will take part in their official scrimmage against Northgate next Wednesday.

The official season starts on Aug. 5 for the Grangers as they take on Brookstone.