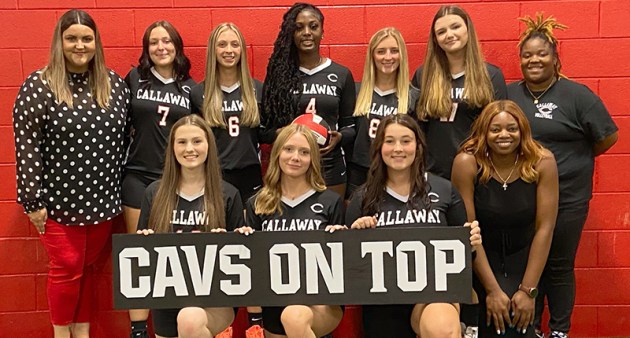 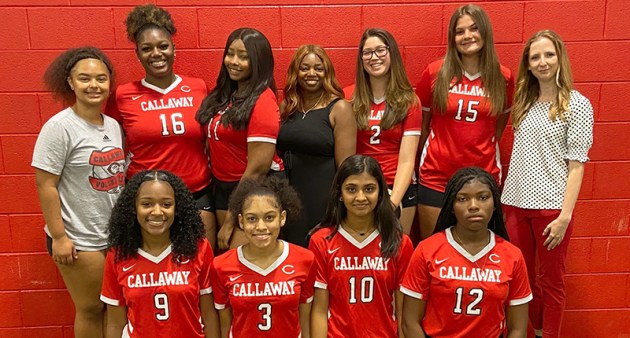 It is the dawn of a new era for Callaway volleyball as Shelby Goins goes into her first year as the Cavaliers head coach. Goins was the JV coach back in 2017 but has taken the last few years off from coaching volleyball. When the job opened, Goins saw a chance to revitalize the volleyball program at Callaway.

“I already had a strong relationship with a lot of the girls that play,” Goins said. “I felt like this was a chance to revamp the program and make it better than it already is.”

After a summer of preparation, the real action is on the horizon. The Cavaliers kick off next Thursday in a tournament-style competition with Troup and LaGrange to get the girls some experience before region play begins later in the season.

With her return to the sideline, Goins feels more energized and feels the reciprocated energy from the players on the team.

“I feel like the talent here hasn’t been showcased as much as it should have been in the past,” Goins said. “I’ve been trying to get the girls to believe in themselves, and I can feel how energized they are by that.”

The next step for the program is getting more people involved, from the students to staff to the whole community. Goins hopes to have an even larger crowd at games this year with a focus on expanding the size of the student section.

Her main goal for her team on the court this year is simple: put the girls in the best spots to succeed. In the past the girls have played in positions they might be good at, but Goins plans to use each player’s natural gifts that had not been properly exploited in the past.

“We’ve realized that people have been playing in positions that they are great in, but they could be even better in other positions,” Goins said.

The Cavaliers will have six seniors on varsity this season and Goins is determined to make their last season in red and black a memorable one.

“The energy among the girls is excitement, especially the seniors,” Goins said. “I can’t stop smiling, I’m so excited.”

The six seniors are joined by five other players on the varsity squad. The JV has 14 players as the entire Cavalier program will include 25 girls this year.

Another big step forward for the program will be starting a freshman team. It is important to get some of the younger girls play time and Goins has eyes on starting up a freshman team in the near future.

After winning a region title in 2019, the program has stalled a bit over the last two years as the Cavaliers went 6-22 in 2020 and 5-15 last season. Goins is hoping to change the script quickly and believes she has all the tools to do so.

“Our athletic department is super strong, and everybody works together,” Goins said. “Even with me coming along as a new head coach everybody has been super supportive.”