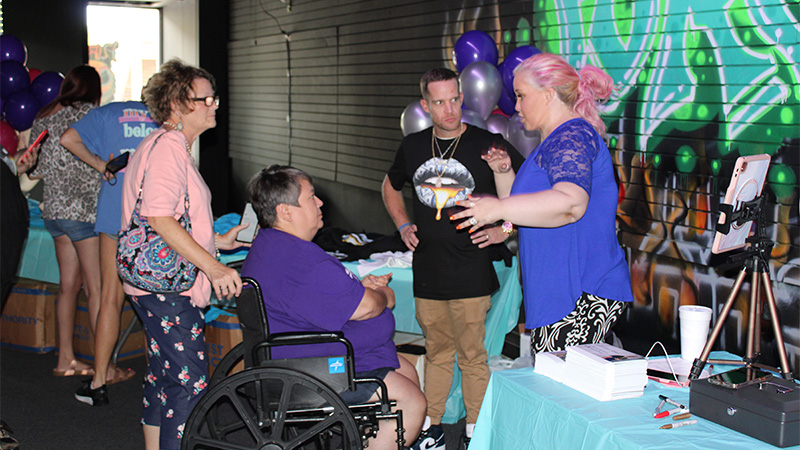 Shannon addressed the crowd of attendees before the event started, noting her excitement for the event.

“I am so excited that we were able to have this meet and greet in Purge Nation and West Point,” Shannon said. “I can’t wait to meet each one of you.”

The reception to Shannon’s event in West Point was mixed, with several people citing her previous controversies.

One fan, Shelli Jamison, said that she was happy that Shannon had come to West Point and that people who spoke poorly of her didn’t fully understand the situation.

“I am glad that Mama June came here,” Jamison said.  “She’s a good woman who has had a tough time and a lot of people just don’t understand what she is going through. I hope she keeps doing her show.”

Allan Richardson, a West Point citizen who was at Purge Nation but did not attend the event, noted that he did not understand why people wanted to see Mama June.

“My wife wanted to come see Mama June, but I don’t want to see that lady,” he said. “She hasn’t done anything worth me waiting in a line to talk to her. She left her kids and dated sex offenders.”

According to Shannon, the money raised at the event is set to go to a good cause.

She stated on her TikTok that all of the money raised at the meet and greet would be going to help someone in need and asked her followers to send in stories of people who may need monetary support.

As of time of writing, Shannon has not specified who has been selected to receive the funds, nor when the funds would be distributed.