LaGrange Sea Turtles show out at 7v7 tournament this past weekend 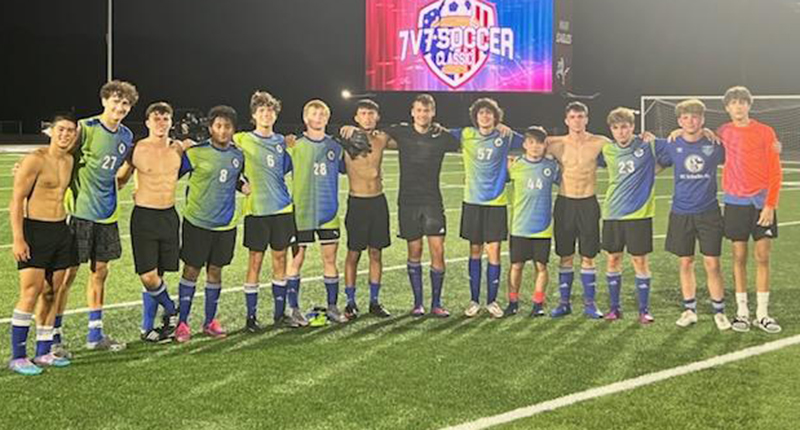 The LaGrange Sea Turtles were back at it again this past weekend with two separate teams competing in the SEAA Chestatee 7v7 tournament.

The second team consisted mostly of players from LaGrange High feeder schools. The team consisted of Chandler Gholston, Andrew Aaron, Christian Gholston, Lucas Wilson, Caleb Browning, Alex Maltes, Kenzo Sato, Lewis Park, Asher Skiff, Liam Nichols, Luis Morales and Elvis Costillo. This team beat Sprayberry 5-2 before losing to Trinity 3-1. In the final game this team tied Sprayberry 1-1. Lightning forced the game against Sprayberry into a delay with Sprayberry choosing not to finish the game an hour and half late with 15 minutes left in the game. If the second team would have proved victorious over those final 15 minutes, they would have played the first Sea Turtle team in the semifinal.

Instead, the first team advanced to the semifinals to play Georgia Military Academy, who they beat 3-1. Trinity lost to Chestatee in the other semifinals, which set up a duel between the host team and the Sea Turtles first team. Because of the delays, the final was contested over 20 minutes instead of the usual 35 minutes. The Sea Turtles came from behind to tie the game and force penalty kicks. The Sea Turtles lost on sudden death penalty kicks 10-9 to finish second in the tournament.

“It’s been a great summer and our players have grown a lot, especially the younger ones who almost made the semifinals of a varsity tournament,” LaGrange High and Sea Turtles head coach Shane Pulliam said.