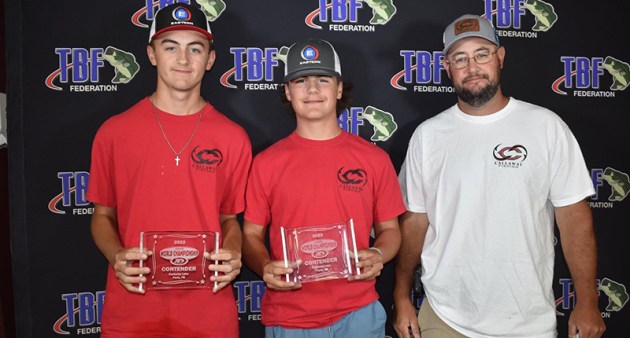 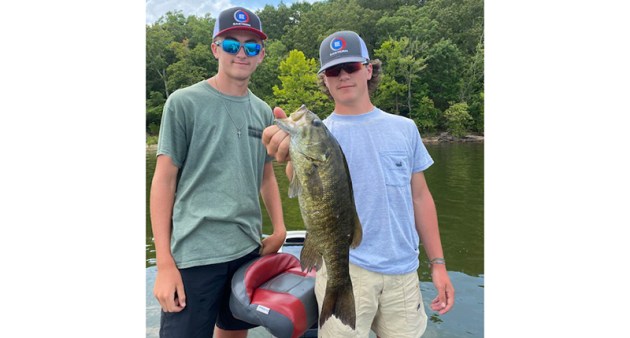 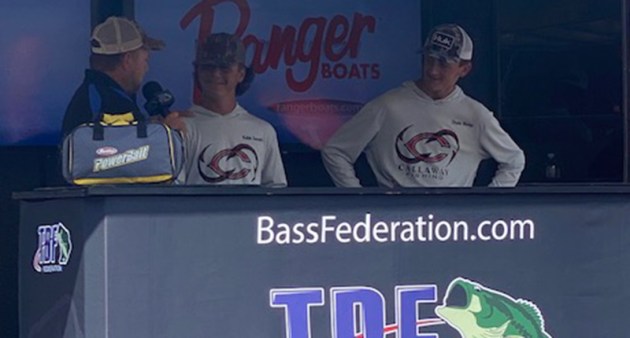 The Callaway Middle School fishing duo of Drake Bishop and Kaleb Garrett made waves last week as they finished 26th in the world at the TBF Junior World Championship in Paris, Tennessee.

“It’s exciting because it’s the national championship, and not many people make it there,” Bishop said.

It ended up being an extremely exclusive club as only 46 teams from around the country earned a spot at the Junior World Championship. The teams came from as far and wide as California and Ontario, Canada among others. The Callaway duo was one of only four teams from the state of Georgia and the first from Troup County to qualify for this tournament. Drake and Kaleb finished as the highest placed Georgia team at the national championship, something both boys take a tremendous amount of pride in.

The duo has been fishing together since the sixth grade. While other fishers lose their partner and have to adapt to new ones every year or so, Drake and Kaleb have been able to build a chemistry on the water.

The journey was not always easy, but the two boys have formed a bond that helps them on the water as well as off of it.

“If you move from partner to partner, you don’t know who can do what,” Drake said. “We know each other’s strengths and weaknesses, which really helps us.”

This familiarity came in hand this past week as the team had to battle some adverse conditions. Multiple rain showers caused the lake to become choppy with waves over five feet tall. The weather conditions got so bad last Tuesday that the team had to tie the boat under a bridge and hold out until the bad weather moved out.

It was not just the rain that caused the boys some problems, it was the heat as well. The heat index regularly tipped the scales of over 110 degrees. The heat got so bad that it melted the trailer jacks on the asphalt. The team was on the water for 8 to 12 hours at a time, which proved to be exhausting for the whole crew.

“It was tough, really tough,” Kaleb said. “This is right up there with the toughest weather we’ve faced.”

Weather was not the only adversity that the team faced. Spotted bass are classified differently in the state of Tennessee than in Georgia. The jawline for the spotted bass in Tennessee is just centimeters longer than its Georgian counterpart. On the first day of competition, the boys caught three fish, but two of the fish did not meet the Tennessee qualifications.The team was docked points, which meant that they essentially came out of day one with nothing.

“It took their heart out of it that first day,” reserve boat captain Brad Garrett said. “Morale on the boat was really bad.”

The team went from around 5.5 lbs to nothing in a blink of the eye. The duo was on pace for a possible top 10 or even top five finish before being notified that two of their three fish were not up to the standard.

The boys recovered on day two and battled through the lingering disappointment from the first day. Instead of packing their bags and finishing toward the bottom of the standings, the team rallied and was able to finish 26th in the world in their final competition as middle schoolers.

“This journey has been fun,” Kaleb said.

While their middle school journeys are coming to a close, their high school careers are peeping above the horizon line. While their first official competition as members of the high school team does not start until September, August will be full of grunt work as the team tries to acquire sponsors and raise money for the upcoming season.