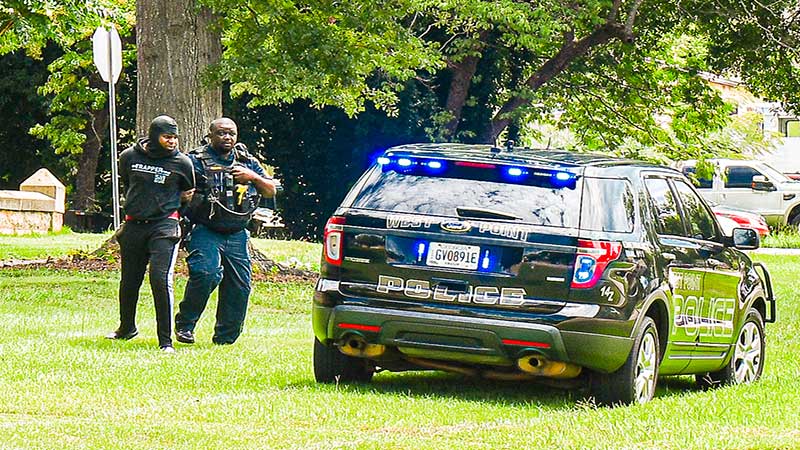 Four individuals have been arrested after attempting to rob Circle K in West Point on Wednesday, according to the West Point Police Department.

The incident occurred at Circle K at 302 E 10th St. According to the press release, the West Point Communications Center received communication that a silver car was parked at the fuel pump with five individuals occupying the vehicle. The caller indicated that two of the individuals were entering the establishment with a firearm and masked.

“The pursuits concluded with the captures of Kelvin Daray Tucker,19, Dorian Jaquaylen Malik Darden, 21, Kievan Detoriano Bridges, 17, and Shamon Jacobbiean Brown, 18,”  the release said. “The four were arrested and charged with the offenses of theft by receiving stolen property (OCGA 16-8-7), possession of marijuana with the intent to distribute (OCGA 16-13-30b) and obstructing or hindering law enforcement (OCGA 16-10-24).”

WPPD said the fifth individual has been identified as Justin Vance Hines (17) and warrants have been issued for his arrest with related charges pending.

The conclusion of the investigation yielded two AR-style rifles, two handguns (one of which was reported stolen from another jurisdiction) and a large amount of marijuana.