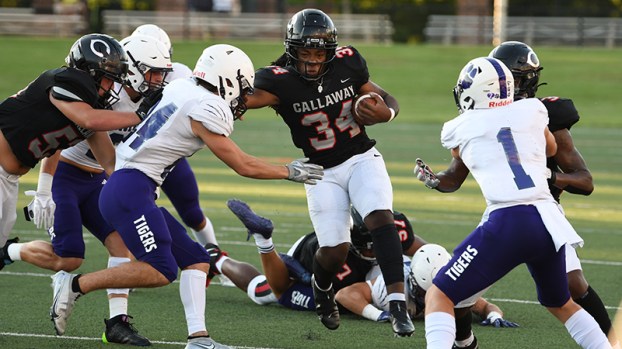 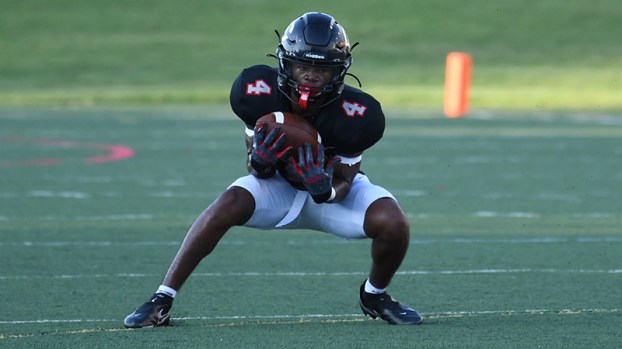 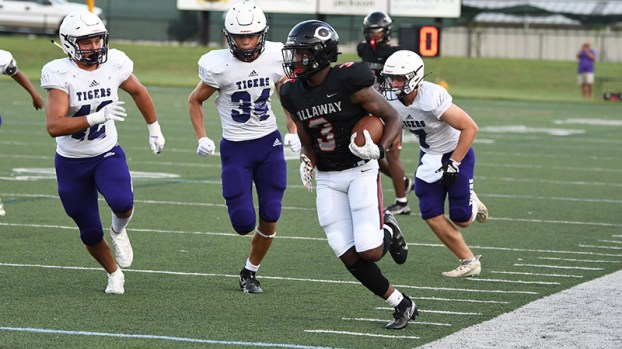 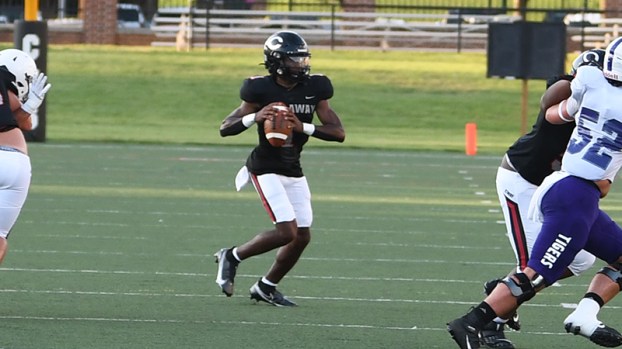 “I was really proud of our preparation leading into tonight,” head coach Pete Wiggins said. “Darlington has a great football team.”

It was a defensive slugfest early as the Cavaliers entered halftime with a 7-3 lead. Tyren Buggs punched in Callaway’s only touchdown in the first half as Callaway marched 60 yards down the field in the first quarter. Buggs also churned out a monster 35-yard run late in the second quarter. Quay Whitfield also produced in the running game as he slammed his way between the tackles every time he was toting the rock.

“I think it all starts upfront with the offensive line who did a really good job tonight,” Wiggins said. “Those guys worked hard and Quay and Buggs put in top effort, and I can’t wait to see how they grow.”

The run game was churning for the Cavaliers even when they brought in some younger players to get some reps. Brandon Herndon, a freshman, hit a big 35-yard run in the fourth quarter to get the Cavaliers into the red zone before punching it in himself for six to extend the Cavaliers lead to 21-3 after the PAT. Another freshman, Antavious Reeves, reeled off a big 40-yard run late in the game that helped Callaway milk the final minutes/seconds off the clock.

Despite the running game firing on all cylinders, the passing offense left a bit to be desired as the Cavaliers turned the ball over twice in the first half.

“One of them was when a defensive lineman got his hands on DeShun (Coleman)’s arm, so we have to do a better job of pass blocking upfront,” Wiggins said. “We’ve got to work on it and make sure we put guys in the best position to succeed.”

While the passing game was not at its peak performance, Treyonn Tucker took a screen pass that had little going for it and turned it into a big gain on the Cavaliers third offensive possession.

This set up a field goal attempt, but the Cavaliers were not able to extend their lead before half as the ball clanked off the upright.

The defense was the difference maker for the Cavaliers as defensive coordinator Dusty Hubbard’s boys came to play.

“I thought we were super physical, and we ran to the ball,” Wiggins said. “I felt like our defense gave us a ton of good opportunities. We held a pretty good Darlington offense to minimum yards.”

The Cavaliers defense matched Darlington with two turnovers. Callaway stole the ball away on a fumble late in the fourth, but it was Exavious Reed’s monster pick-six late in the third quarter that turned the game on its head. This gave Callaway a 14-3 lead and some breathing room after leading 7-3 for the majority of the game.

“I saw green grass in front of me,” Reed said. “No chance they were going to tackle me.”

“Big E(xavious Reed) plays both sides of the ball and I thought he was tremendous tonight,” Wiggins said. “His play changed momentum.”

This was not the only massive play the defense made on the night. With Darlington deep in Callaway’s territory on the opening drive of the second half, the Tigers decided to go for it on fourth only to see senior Davion Johnson sack the quarterback to preserve the Cavaliers 7-3 lead.

Callaway will kick off their regular season at home against Opelika on Aug. 19.