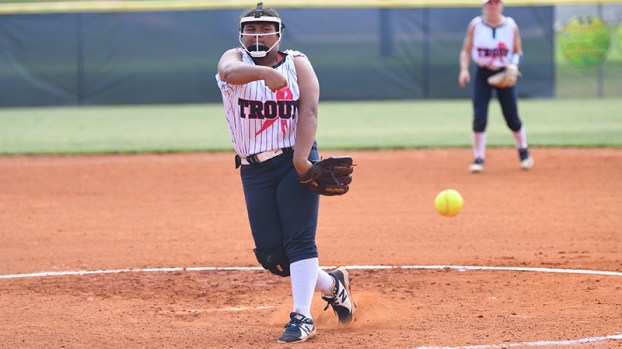 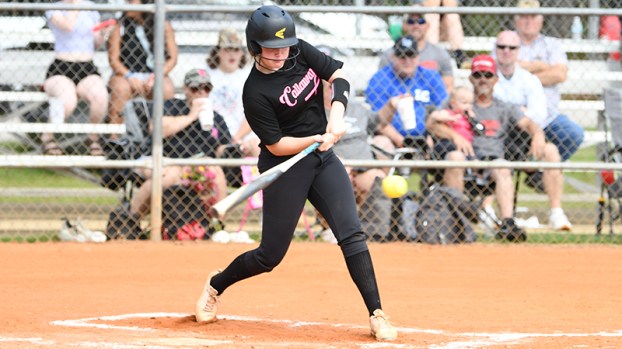 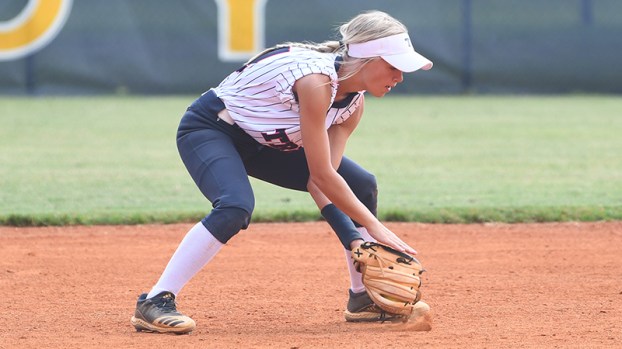 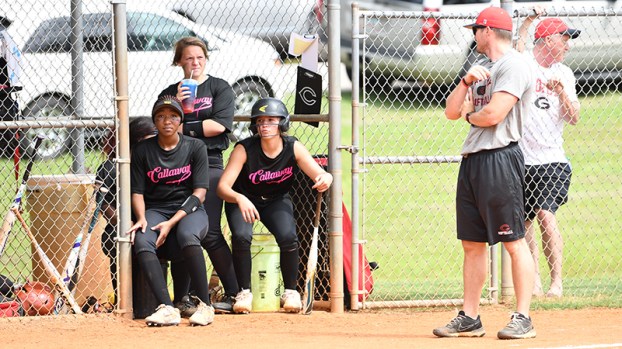 Troup earned a tough 3-0 win against Callaway in the a.m. hours of Saturday. The Tigers entered the game having dropped their last game out and were looking to get back to winning ways.

“We hung in there and the girls had a lot of enthusiasm,” said Troup head coach Ryan Simpson. “They came together, and we finally put together some hits.”

The star of the show was Camdyn Bassett, who flexed her skills from the mound and the plate against the Cavaliers.  Bassett hit a home run to left field to give Troup a 3-0 lead in the sixth inning as she went 1-for-2 with a walk, an RBI and a run scored from the plate. She also put in a complete game shut out on the mound as she only allowed two hits on 11 strikeouts in her seven innings on the mound.

“Camdyn was great,” Simpson said. “She did an absolutely amazing job. We were going for a perfect game, but we didn’t get it.”

“It’s hard to win a game when you have a pitcher like that filling up the strike zone and coming right after you,” Callaway head coach Josh King said. “We got to tip our hat to her today.”

It was a pitching duel for the majority of the game as Callaway’s starting pitcher – Mackenzie Toney – also pitched a complete game and only allowed eight hits and three earned runs.

“Mac came out and did exactly what we expected her to do,” King said. “She filled up the strike zone and competed hard and went right after them.”

The game was in a 0-0 deadlock until Troup broke the game open in the top of the fourth inning. Shelby Addison launched a triple to left field to drive in a run and break the stalemate. In the very next at-bat Chloe Liechty flew out to drive Addison home.

Bassett added the Tigers’ other run in the sixth inning.

Haley Cotton was seeing the ball well as she went 2-for-3 to help lead the Tigers’ offense. Ramsey Clark also kept up her hot start to the season as she went 2-for-4. Madeira Sirmons, Caroline McInvale and Addison all had a hit apiece for the Tigers.

On the Cavaliers side, offense was at a premium as they struggled to generate offense on Bassett. Mya Lawton went 1-for-3 and Karlie Walker went 1-for-2. They were the only Cavaliers batters to get a hit in the game. Emma Bryan took a walk as the Cavaliers could only produce three base runners in the game.

“We had some things that didn’t go our way, but that’s part of the game,” King said. “I’m really proud of the effort today.”

Callaway drops to 0-4 after their two losses to LaGrange and Troup on Saturday. Callaway takes on Temple Monday in another non-region game.

Troup improved to 4-1 after their wins over Callaway and LaGrange on Saturday. The Tigers will be back in action next Tuesday as they take on Starr’s Mill to start region play.

“We stayed tough,” Simpson said. “Our girls did what they needed to do. We came in trying to win both games today.”