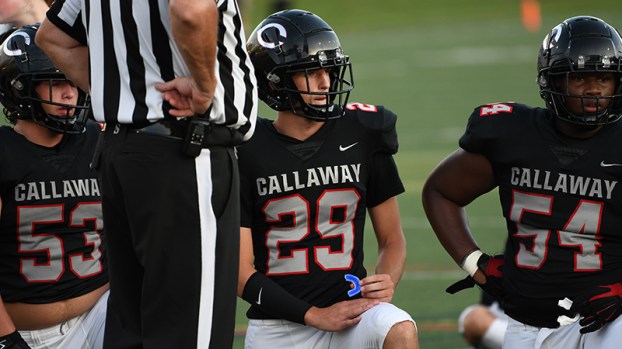 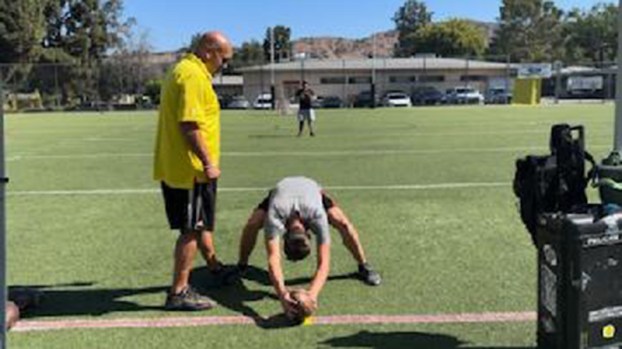 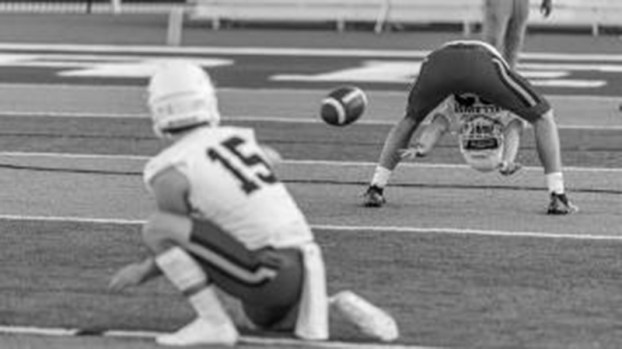 Long snapping is often an unglamorous and forgotten about role in every football game. While spectators and media often fail to get these essential players some love, coaches are quick to point out how important the position and skill is. At Callaway, they have an elite long snapper in Dylan Nation.

“He has driven around to various camps this summer to work on his long snapping,” Callaway head coach Pete Wiggins said. “He’s really talented and a big part of us winning games with our kicking game.”

Nation is still relatively new to the position as he just started long snapping in the summer of 2021.

“I had a coach come up to me last summer and ask me to try it out,” Nation said. “I liked it and the coaches thought I was good at it, so it kind of stuck.”

It has been a meteoric rise for the senior has he now ranks well within the top 100 players in the country at his position (#70 by Rubio Long Snapping).

“I feel like my speed, and my accuracy has gotten better,” Nation said.

One of the reasons for the rapid accent is his hard work ethic. Nation has been traveling all over the United States to summer camps as he looks to better himself even more going into his final season with the Cavaliers. Nation has traveled to the University of Alabama, Kennesaw State University, and Shorter University among others to take part in special teams camps. The most influential camp of the summer was the Chris Rubio camp in Las Vegas. Rubio has helped hundreds of long snappers reach college football and even the NFL.

“I felt like that camp really helped me to improve a lot,” Nation said. “Chris Rubio worked with us to hone in on our skills and gave us more personal time in 1-on-1 situations.”

Being a long snapper is not a one trick pony. The position requires a versatile repertoire. Snapping to a punter is different from snapping to a place holder on a field goal. Each of these require some variation too depending on the circumstance, especially on punts. If a team is backed up in their own end, long snappers have to be extra precise and quick as milliseconds can be the difference between a good punt and a punt blocked by the onrushing defenders.

“Whenever you’re snapping to a punter, you’re using your entire body in one fluid motion,” Nation said. “Snapping back to a place kicker is more about your arms and precision.”

Nation is a former tight end, and was unsure about the change of position at first, but slowly and surely he has found his niche. Nation has already picked up two college offers – Beloit College out of Wisconsin and Warner University in Florida – before his senior season has even officially begun. He is playing it by ear right now as he is not ready to commit to a university yet.

“I could seriously see myself going to either of those schools,” Nation said. “I don’t mind waiting and seeing if I get more offers and open up more opportunities.”

Nation has already helped the Cavaliers lift a state championship trophy as a tight end, but now he is looking to capture one as the team’s long snapper.

“I would like to win another state championship again as a team,” Nation said. “Personally, I want to have 100% accurate snaps.”