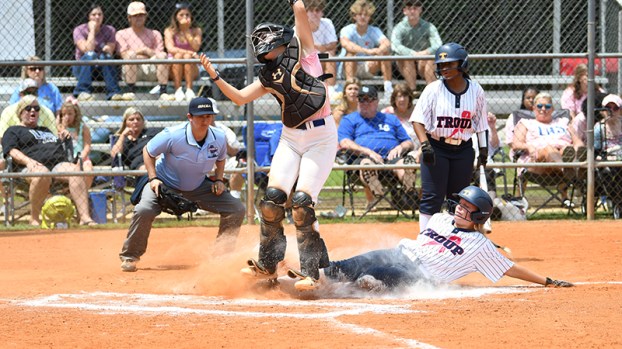 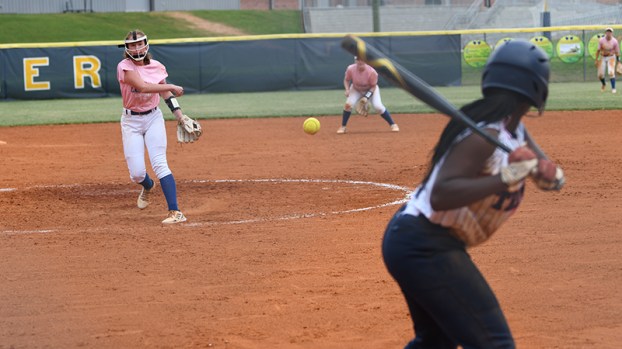 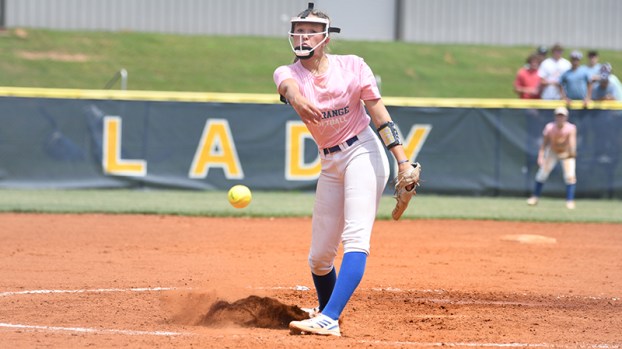 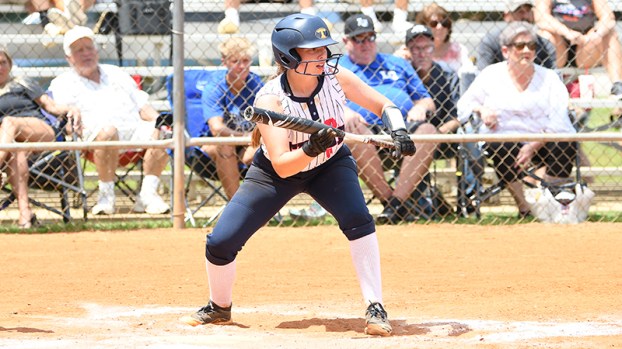 Troup softball earned a hard fought 7-3 win over crosstown rivals LaGrange on Saturday in the Hope for a Day tournament.

“I loved it,” Troup head coach Ryan Simpson said. “We were super aggressive in the first inning going all the way through to the fifth inning. I have no complaints with this game.”

LaGrange opened the scoring in the top of the second when Abby McGill grounded out to drive a run home.

Troup answered back quickly in the bottom of the second inning with four runs. Shelby Addison hit an RBI single to tie the game before Ryan Clark bunted into a fielder’s choice that drove in a run and gave the Tigers the lead that they would not relinquish in the game. Sheniyah Philpot kept the good times rolling with an RBI single before Maggie McDonald flew out to drive in the final run of the inning for the Tigers.

Troup added some insurance runs in the following inning. Madeira Sirmons stole home to give the Tigers a 5-1 lead. Addison promptly scored a few minutes later on an error.

The Tigers got their final run of the game when Camdyn Bassett drove in a run with a single to give Troup a 7-1 lead.

LaGrange kept on battling until the end as the team scored two more runs in the fifth and final inning. The game was called after the fifth inning as the teams had hit the time limit in tournament play. Shelby Siggers grounded out to drive in the second run of the game for the Grangers. Tatum Nation grounded out in the next at bat to drive in another run for LaGrange.

“If we had two more innings to play, we don’t know what could have happened,” LaGrange head coach Craig Mobley said. “If we were able to play a full seven, we feel like momentum changed, and we were ready for it.”

One of the aspects of the game that doomed LaGrange was errors. LaGrange committed three errors to Troup’s one.

“Anytime we make mistakes, it’s never okay,” Mobley said. “It caused extra outs, extra runs and extra base runners. We have to capitalize and not make simple mistakes.”

The Grangers used three pitchers — Kaylee Bryant, Kaylee Foster, and Harlee Overton — in the game as the team was participating in the second game of a doubleheader in summer heat.

Troup deployed just one pitcher in the game as Maggie McDonald only allowed six hits and three earned runs to go along with six strikeouts.

LaGrange’s offense was carried by Overton, who had the only multi-hit game for the Grangers with a 2-for-2 performance and added a run scored to her stat line. McGill went 1-for-2 with a RBI and a run scored. Hudson Wood, Carolyne Garcia and Bryant all had a hit each for the Grangers.

These teams will meet twice more this season with Saturday’s game considered a non-region game. The next matchup will be at Troup next Thursday.

LaGrange drops to 3-2 on the young season and will be back in action on Tuesday with a trip to Riverdale.

Troup improves to 4-1. The Tigers will take on Starr’s Mill on Tuesday to kick off their region schedule.

“It feels good,” Simpson said. “We came in here wanting to play at our best, and I felt like we did. Beating LaGrange means a little bit more.”