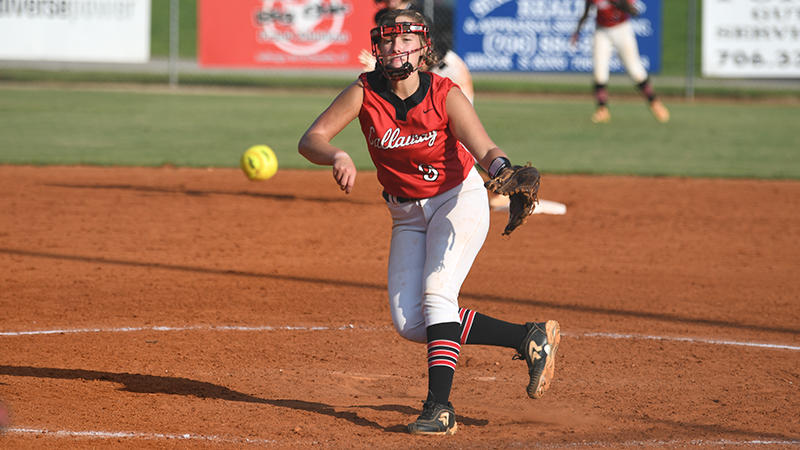 The Callaway softball team took a tough 13-1 loss to Trinity Christian on Tuesday night. It was a competitive game entering the seventh and final inning where the Lions scored 10 of their 13 runs.

Trinity Christian scored three runs in the first inning but were kept at bay until the collapse in the seventh inning.

Jasia Swanson laid down a bunt to reach with no outs in the bottom of the sixth, but a double play and then a quick out killed Callaway’s momentum.

Trinity Christian was able to load the bases with one out in the top of the seventh and promptly hit a grand slam. Callaway shoulders slumped as the moonshot barreled over the left field wall and into the trees.

The scoreline does not do the Cavaliers justice as the game slipped away on the grand slam.

Mackenzie Toney got the start on the mound for the Cavaliers and pitched the whole game. She slipped up a bit in the seventh but put in a solid showing through the first six innings as she learns to adjust in her first full season on varsity.

Hits were few and far between for Callaway, but Mya Lawton and Walker went 1-for-3 while Williams and Swanson went 1-for-2. No other Cavaliers reached base as Trone was a pinch runner.

It has been tough going for the Cavalier offense so far this season as they have only scored five runs in six games.

Callaway drops to 1-5 overall on the season. The Cavaliers will be back on the diamond on Wednesday as they travel to take on Brookstone.