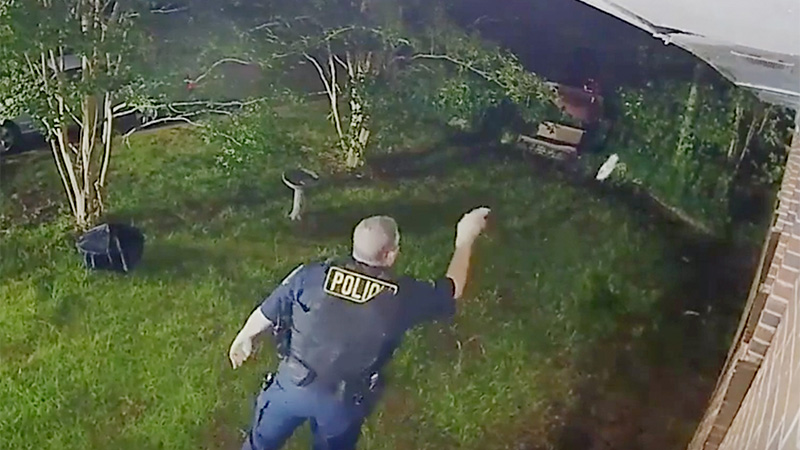 The Georgia Bureau of Investigation has released more details regarding the Aug. 7 arrest of a West Point man and alleged misconduct by a West Point Police Department officer.

The individual arrested was identified by GBI as 17-year-old Justin Vance Hines. Hines was arrested for obstruction, theft by receiving, and possession with intent to distribute a controlled substance, according to the press release.

remain on administrative leave while the investigation continues. The five officers had previously been identified by the WPPD.

The GBI investigation is regarding a video and a potential racial slur used by an officer during the 5:45 a.m. call at 405 Hill Lane in West Point. The video shows a WPPD officer throw a security camera and throw it across a resident’s yard.

On Aug. 8, Madden filed a complaint with the West Point Police Department about an officer using racial slurs.

The homeowner reported that while reviewing her security camera video and listening to the audio, she hears an officer use a racial slur, followed by him taking the Ring camera from the porch of the home and throwing it in the bushes, according to GBI.

The camera that recorded the officers is angled just above them.

“The GBI has received a copy of several videos from the incident location showing officers attempt to contact someone at the home for a lengthy period by knocking on the door and announcing their presence over a Public Address (PA) speaker,” the GBI press release said. “After no one came to the door, the decision was made to not make entry and to leave the home.  Before leaving, a West Point Police officer took the Ring camera from the front porch of the home and tossed it across the yard into bushes. After tossing the Ring camera, an officer can be heard telling another officer something; however, the audio is unintelligible.”

The GBI said it will conduct an independent investigation. Once the investigation is completed, the case file will be given to the Coweta Judicial Circuit District Attorney’s office for review.