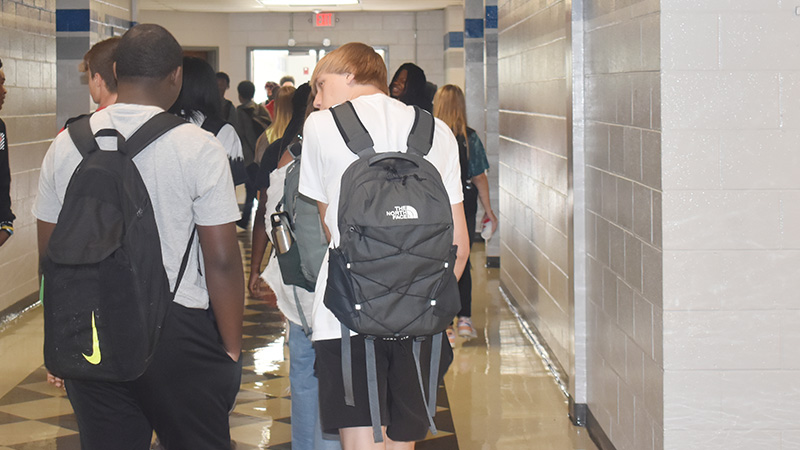 EDITOR’S NOTE: This story has been updated with information that the Troup County School Board is not expecting to vote on metal detectors Thursday night at its board meeting. Superintendent Brian Shumate said a task force has been formed and will guide TCSS on this decision.

The Troup County School System is considering purchasing metal detectors for all of its high schools and middle schools and has formed a task force to guide its decision making.

Assistant Superintendent Chip Medders told the board at Monday’s work session that he’d spoken to multiple vendors and hoped to have a more concrete pricing structure in place before Thursday. However, Superintendent Brian Shumate said Tuesday that the school system wants to make sure it makes the right decision, meaning he doesn’t want to rush a vote on Thursday.

“We’re going to pause on asking for the board for any approval on a purchase because we need to do more research on the equipment after we meet with our committee,” Shumate said Tuesday afternoon.

Medders was clear Monday that nothing is set in stone but said TCSS is tentatively considering purchasing 26 metal detectors — five at each high school and three at each middle school — at an estimated cost between $4,500 and $6,000 apiece. Medders asked the board not to hold him to that exact pricing yet, as he was still gathering information.

However, purchasing the metal detectors is only one part of the discussion and only part of the cost. TCSS also has to figure out how to efficiently use them — meaning getting thousands of students through them and in class on time — and needs to find the staff to man them.

Medders said one of the more popular vendors told him it takes an hour to get 300 people through their metal detector.

Superintendent Brian Shumate was asked directly Monday if purchasing metal detectors would require more staff. He said it would, though it wasn’t clear how many new staff members would be needed.

“You are going to need at least one person working all day long,” Shumate said. “So yes, it’s going to require additional staff. You could do multiple stations in the morning and then once school gets going, you shut down two or three of them and bring everything to the front door at that point.”

Medders also said it was unclear how many people TCSS might need to man the metal detectors.

“So, is it going to take 26 new staff members?” Medders said. “I actually don’t know. Hopefully not 26 new ones. It all depends on the frequency of how often you’re using the metal detector. Are you using them every time the bell rings?”

“The challenge is going to be they need to be manned the entire time,” Dekmar said of metal detectors. “That would not be a role the SROs would play. The SROs are not there to provide security all day at the doors, otherwise, they’re not going to be able to perform their other duties.”

Dekmar said if the SROs were helping man the metal detectors, they might need to respond to something else happening in the school.

“If the SROs are doing the screening, and there’s a disturbance or a fight and they get pulled away, now you’ve got a breach of security issue,” Dekmar said. “I mean, there’s a lot of moving parts to this than just a metal detector.”

Dekmar said the school system and LPD have a great working relationship, and he expects as TCSS gets further along that there will be a more in-depth discussion on logistics.

“I know they’re exploring it, but I expect that at the point we go from the study, discussion, to coming up with a definitive plan that there’ll be more engagement,” Dekmar said. “The school is very good about coordinating security and working with us on school assessments.”

He said purchasing metal detectors would also not be a solution to all security issues, as it would just be one extra layer and that it would be important that the school system continued with other measures.

Woodruff said TCSO SROs could man one metal detector but wouldn’t be in a position to man multiple, if that was asked of the sheriff’s office.

“We’ve already got an SRO that could be part of their assignment if that’s what school wanted in the mornings and afternoons or whatever,” Woodruff said. “They haven’t talked to me about us manning them or if they would provide somebody to man them.”

The mornings were viewed as less of a logistical concern as faculty members would be available to help with traffic flow. But later in the day, when everyone is in classrooms, students would still be going in and out, particularly at the high schools.

Initially, at Monday’s meeting, there was discussion of voting on metal detectors Thursday, but Shumate said Tuesday that more information was needed before taking it to the board for a vote.