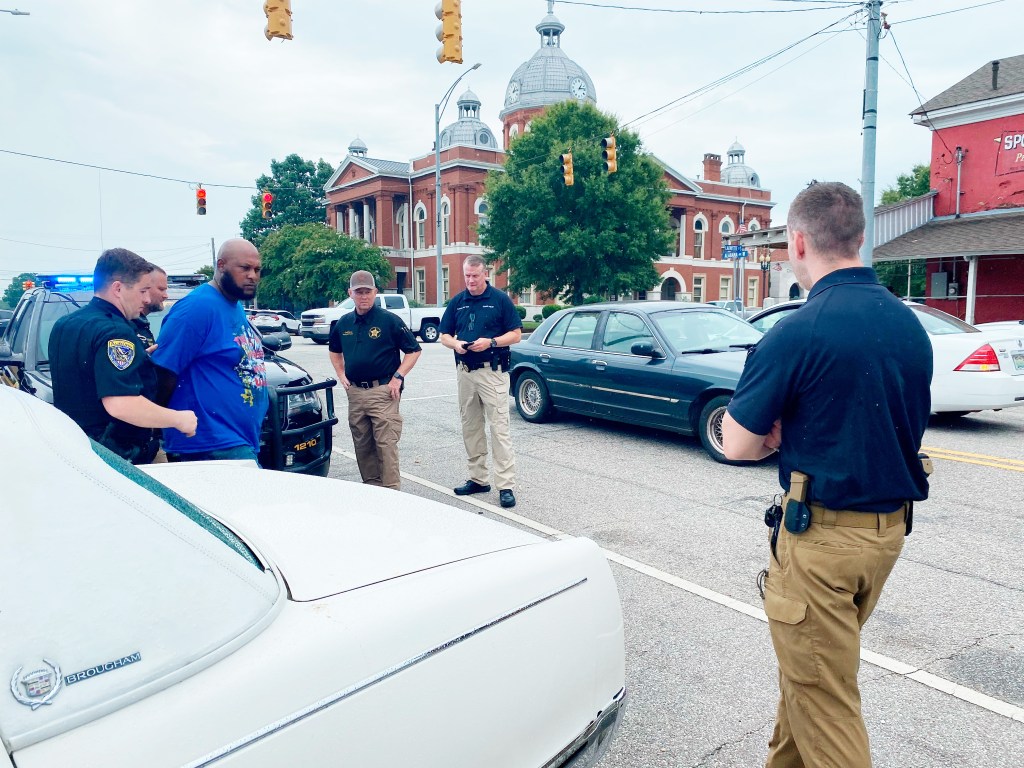 A man allegedly involved in three separate shootings in Troup County, Montgomery and Auburn on Interstate 85 on Wednesday was arrested in LaFayette, Alabama Wednesday afternoon.

The suspect, 39-year-old Jerel Raphael Brown, of Montgomery, is charged by the Troup County Sheriff’s Office with aggravated assault, possession of a firearm during the commission of a felony and criminal damage first.

At 7:56 a.m., a driver called Troup County 911 after his vehicle was shot at and struck by an individual driving what he described as an older white Cadillac driven by what he believed was a Black male. The victim was not injured in the incident and the suspect continued driving North on I-85.

During this investigation, TCSO said it learned that the Auburn (AL) Police Department and the Montgomery (AL) Police Departments were investigating similar shootings on Interstate 85 in their jurisdictions with a victim being struck by gunfire in the Auburn incident. Utilizing camera technology by a partner agency, TCSO said a possible suspect vehicle and driver were identified and that information was shared with multiple jurisdictions in Georgia and Alabama.

At 1:13 p.m., the suspect vehicle was spotted by a Chambers County (AL) deputy in LaFayette near the courthouse. The deputy initiated a traffic stop and Brown was taken into custody without further incident and turned over to Auburn police.