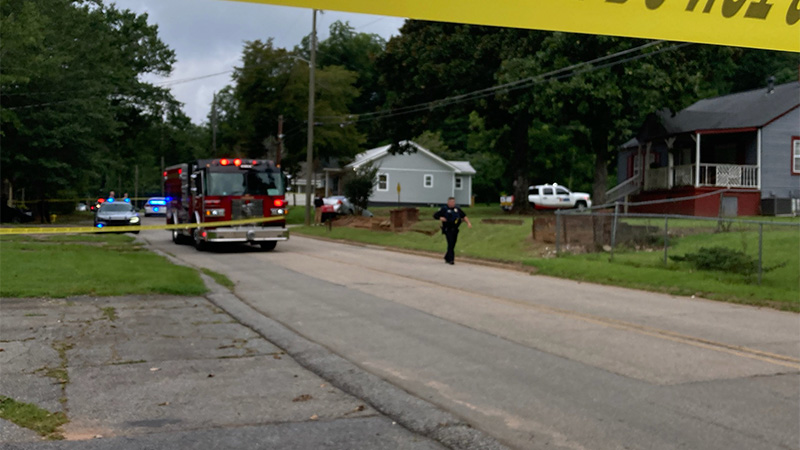 A suspect has been charged with attempted murder, aggravated assault and kidnapping after allegedly attempting to kidnap a woman in the Moore’s Hill area of LaGrange Wednesday morning.

The suspect, identified as Reginald Lamar Saffold, 32., was shot multiple times by LaGrange Police Department officers after trying to force his wife into a vehicle by knifepoint, according to a press release from the LPD.

The LPD said the individuals had been involved in a domestic dispute at 105 Moore’s Hill. The LPD was called at 10:55 a.m. and the call said Saffold had knocked his wife to the ground and tried to force her into a SUV.

Captain Mike Pheil said when officers arrived on scene, Saffold was trying to drive away. However, the road is narrow and the vehicle had nowhere to go. Officers negotiated with Saffold to bring the situation to a peaceful resolution. During the negotiation, the woman was able to partially get out of the vehicle and as she did, the suspect started driving, intentionally striking her. He drove off the roadway and drug his wife down an embankment. At that point, Pheil said LPD officers opened fire, with multiple officers shooting.

At that point, officers surrounded the vehicle, but Saffold revved the engine at officers. Officers gave Saffold numerous verbal commands to turn the vehicle off and exit the vehicle.

Receiving no response, officers approached the vehicle and determined that Saffold had been struck by officer’s gunfire.

At that point, medical attention was provided.

Both Reginald and his wife were treated on scene by emergency medical personnel and then transported to Wellstar West Georgia Medical Center for treatment. Both were transferred to Piedmont Columbus Regional Medical Center for further care.

The Georgia Bureau of Investigation is responsible for the external officer involved shooting investigation, according to LPD policy.