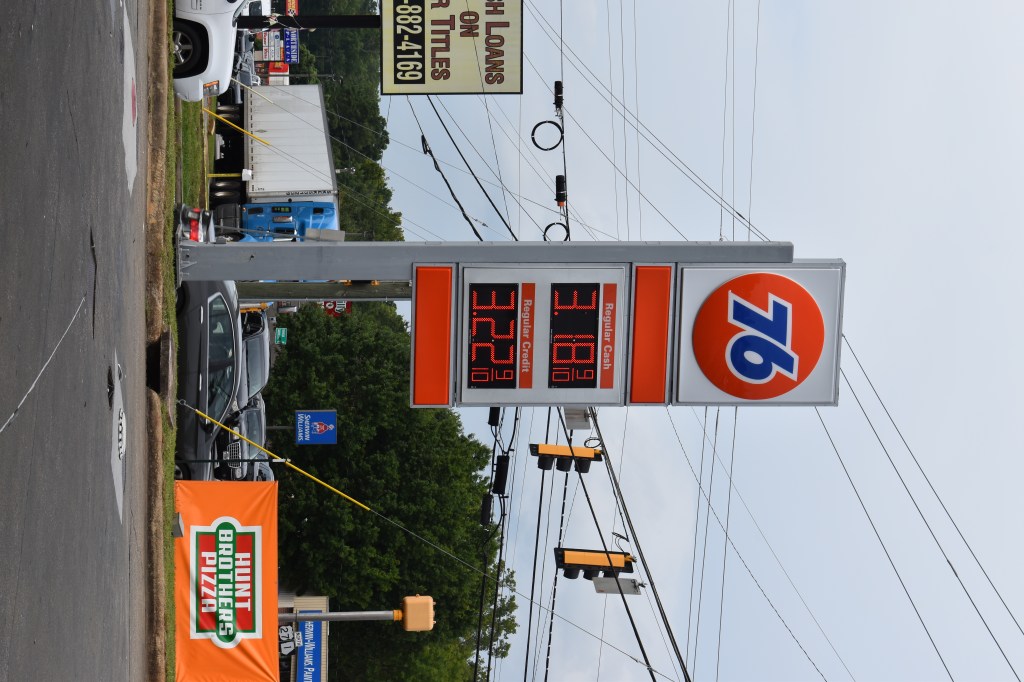 Much to the relief of many, gas prices continue to go down in Georgia, dropping over 55 cents per gallon for regular unleaded fuel over the last month.

As of writing, the average price of regular gas in Georgia is currently $3.485 per gallon according to AAA. In LaGrange, fuel prices are even lower, with the current low price reported by GasBuddy at $3.24, offered by the Valero gas station on Hogansville Rd.

Troup County sits just above the Georgia average at $3.51 per gallon, but less expensive fuel easily be found at multiple locations within LaGrange. Hogansville, West Point and rural stations seem to be bringing up the countywide average.

Troup is only middle of the road for Georgia but well below the national average of $3.943.

Not all that long ago the national average hit a record high when gas prices topped $5 per gallon for the first time in early June, according to GasBuddy.

U.S. gas prices have since dropped basically every day for the past two months.

The reason for the drop likely comes from a number of factors, including reduced demand, but crude oil dropping below $90 per barrel has helped.

Crude oil in the U.S. is currently as low as   $89.23 per barrel, according to the U.S. Energy Information Administration.

Currently, Georgia has the fourth lowest average gas price in the country, with only Arkansas, Tennessee, and Texas having better average prices. Georgia’s low prices could only be temporary though.

Gov. Brian Kemp Gov. Brian Kemp extended the suspension of Georgia’s gas tax for a second time on Aug. 3. due to the State of Emergency declared for Supply Chain Disruptions.  The order applies to both motor fuel and locomotive fuel. The gas tax suspension is set to expire on Sept. 12 if it is not renewed.