Last week in New York, health department officials reportedly detected traces of polio in New York city wastewater. According to the CDC, polio was eradicated in the US in the late 1970s, by the vaccine that was originally created by American medical researcher Dr. Jonas Salk in the early 1950s.

The CDC is still working to determine how polio was found in New York wastewater.

Polio, or poliomyelitis, is a paralyzing and potentially deadly infectious disease that most commonly affects children under the age of 5. The virus attacks the nervous system and can spread from person to person, usually through contaminated water, according the CDC.

The Rotary Club has a long history spanning more than 35 years’ worth of efforts to eradicate polio globally. According to their website, since 1979 the Rotary Club has been a founding partner of the Global Polio Eradication Initiative.

Rotary Club members have contributed more than $2.1 billion and numerous volunteer hours to protect roughly 3 billion children in 122 countries from this dangerous disease.

“We have over 1.4 million Rotarians throughout the world,” said Susan Ferguson, assistant governor of the LaGrange district. “This has been every Rotary Club’s major focus to eradicate polio internationally.”

Media reports say that the polio case in New York is linked to a weakened form of the virus found in the oral polio vaccine. The United States stopped using the oral vaccine in 2000, meaning it’s suspected that the transmission was from someone who recently received the vaccine from outside of the country. The U.S. now administers the vaccine via a shot.  Allegedly, according to Ferguson the findings New York was not wild polio. She thinks, it was someone who had a low immune system and were not vaccinated against the disease.

“That is why we always focus on the children so they would be immunized against polio,” Ferguson said. “Over 430 million children to date have been vaccinated in 39 different countries thanks to Rotary.”

During the club’s history, Bill Gates partnered with Rotary Club to donate $2 to every $1 raised to protect children from polio. Today, polio remains endemic only in Afghanistan and Pakistan.

According to Ferguson, the Rotary Club still encourages vaccinations, even with people who are anti vaccination for the polio vaccine.

Currently as a part of its cause to eradicate polio, the club participates in Happy Dollars every Wednesday. According the Ferguson, anybody who has good news to share donates a happy dollar  toward polio eradication.

According to Ferguson, the Senate says if all eradication efforts stopped today, within 10 years, polio could paralyze as many as 200,000 children each year.

“Our efforts have continued longer than we had hoped. We hoped it would have been eradicated a few years ago, when we would have a new international focus now but as long as there’s polio, we will continue our efforts,” she said. 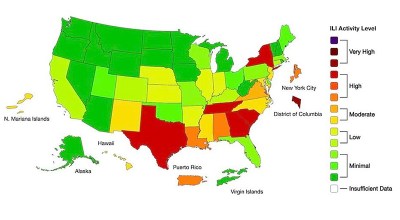 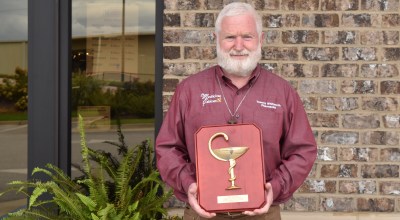