Athlete of the week: Troup’s Maggie McDonald is off to a torrid start to the season 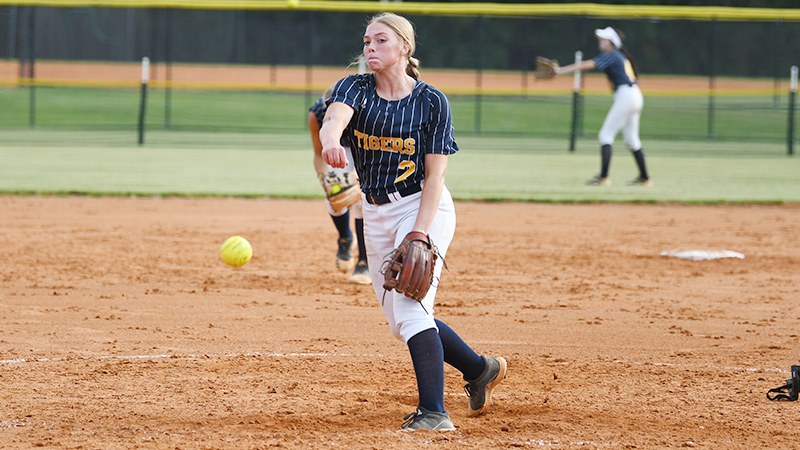 Troup’s ace pitcher Maggie McDonald earned The LaGrange Daily News’ first athlete of the week win of the new school year with a fantastic start to her season.

“It’s been a great start of the season,” McDonald said. “The chemistry has been great.”

Troup just keeps on winning as they are now 6-1 on the season with McDonald being a large part of that. She believes the vibe is different this season and the team has what it takes to make a deep playoff run.

“I think this year we have a lot more athletes,” McDonald said. “We have people that can play a lot of different positions.”

McDonald is a team-first kind of person and wants to make at least the quarterfinals of the AAAA state playoffs this year, but she is putting together an outstanding start to her season on an individual level.

McDonald has pitched since she was nine years old and has grown exponentially going into her senior season at Troup.

McDonald has pitched 18.2 of the team’s 33 total innings. She often faces the toughest of opponents as the no. 1 pitcher, but it does not show from the statline as she is 3-0 with a 3.00 ERA across four games played.  She has also fanned 16 batters along the way.

“I feel like I’ve become stronger pitching wise,” McDonald said. “I feel more confident on the mound than ever.”

McDonald is more than just a pitcher though. She is an offensive weapon for the Tigers that is hitting .375 with a .450 OBP. She is tied atop the team RBI leaderboard with six and has also scored three runs.

“I love playing both (ways),” McDonald said. “My confidence at the plate has grown a lot.”

McDonald has been working on swinging at better pitches and feels more knowledgeable at the plate. She works hard during the Tigers season to get better, but it has been the work that she has put in the offseason that has raised her level. McDonald plays with a travel ball team that has helped her perfect her game, but it is her work at Clockwork Performance that has helped her reach a new level.

“I’ve been working with Kane Bradfield for almost four years now,” McDonald said. “He’s made me a much stronger athlete.”

McDonald started working with Bradfield during her freshman year when she suffered a major injury in her throwing shoulder. The rehab she did with Bradfield got her back to her best and convinced her to come back and work with Bradfield to get even better.

McDonald has already turned heads before her senior season has even reached its peak. She accepted an offer to play softball at Georgia Southwest University starting in the fall of 2023.

“I committed back in March, and it makes me want to put it even more to try and prepare myself for next year,” McDonald said. “It’s my dream school, so I’m happy to be able to go there.”

She plans to major in exercise science while attending the university.

In the meantime, McDonald has unfinished business at Troup. As one of the leaders on the team, she cannot take a day off.

“I want to be a good leader and role model for this team,” McDonald said.