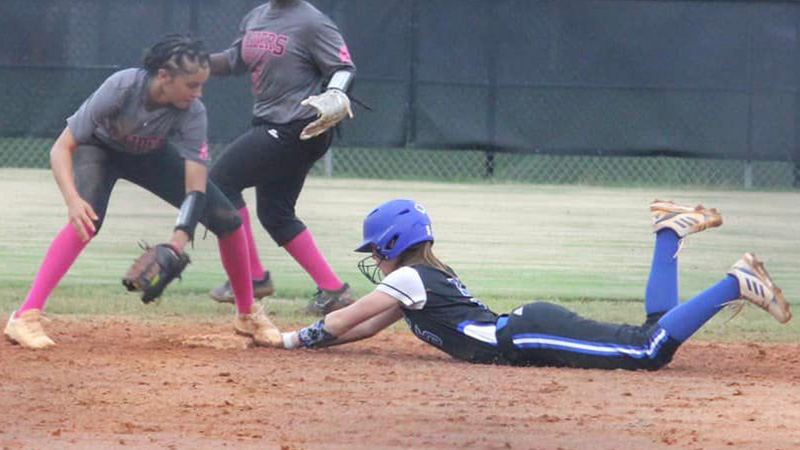 Old region foes met again. LaGrange took it to Shaw on the road Tuesday to earn a 9-0 victory over its old region opponents.

LaGrange was led to victory by a dominant Kaylee Foster on the mound who pitched a complete game shutout. Foster strukout seven batters and only allowed five hits in her six innings of work.

The Grangers got to work offensively, and it all started in the top of the third inning after the game was gridlocked with no score over the first two innings. Shaw was able to load the bases in the bottom of the first, but Foster was able to get out of the jam.

The Grangers were able to grab some further breathing room in the fifth inning with Bryant singling to drive in her second run of the game. Bryant gave the Grangers consistent offense from the top of the order as she went 1-for-3 with two RBIs, a run scored and a walk.

LaGrange was not done there, as the Grangers added on five more runs in the sixth inning to finish the game. Kaimarie Turner flew out to drive in the Grangers fifth run of the game. With two outs, Shelby Siggers hit an RBI double to make it 6-0. Siggers was a spark plug for the Grangers as she went 2-for-3 with an RBI and led the team with three runs scored.

The runs kept on coming as Reynolds hit an RBI double to drive in her second and third run of the game. She was 1-for-3 on the day with a run scored. Wood drove in the Granges final run of the game on a hard hit single to center field. Wood has been one of the best offensive players for the Grangers on the season and put up another good performance on Tuesday. She was 2-for-4 with two RBIs in the game.

McKinsey Gaddy had a good day from the plate as well with a 1-for-2 day. She also added a run scored and a walk.

LaGrange improved to 6-3 on the season. The Grangers will put their perfect 1-0 region record to the test against Trinity Christian on the road on Thursday.