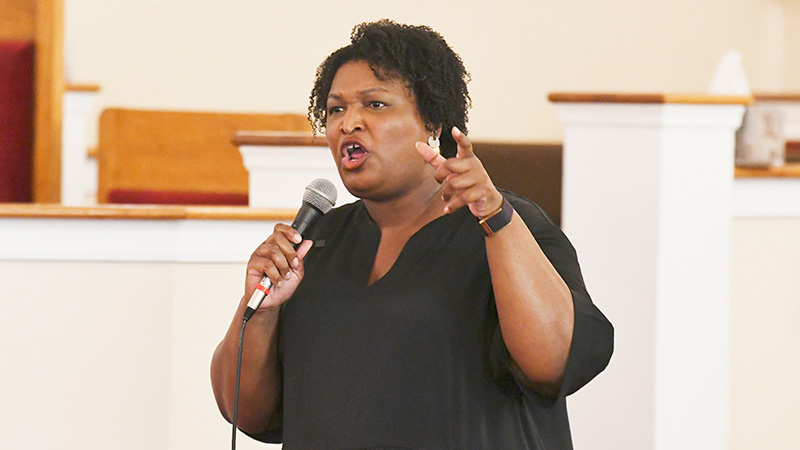 Abrams, the Democratic nominee for governor, gave a speech where she outlined her goals and explained why she should be elected over Republican governor Brian Kemp.

Among the topics Abrams spoke about included the expansion of Medicare, reproductive rights and gun control.

“We have a chance to invest in the things we’ve been told that we can’t have,” Abrams said.

According to Abrams, Georgia is one of only 12 states that has refused to expand Medicaid.

She said in expanding Medicare Georgians will have the ability to take care of themselves and their family.

“Medicaid is about making sure that we close the health insurance gap,” Abrams said. “The whole idea is that if people have access to insurance, they can make better choices and wouldn’t be living crisis to crisis, paycheck to paycheck.”

Under reproductive rights, Abrams said that she will defend the right for women to have say over their own body. On her website, Abrams goes in to detail on her plan for reproductive rights and pledges to promote prenatal healthcare for women and their families, protect doctors who serve families during pregnancy loss and increase the availability of emergency contraception.

“A man broke the law,” Abrams said. “It’s going to take a woman to put it right.”

Under gun control, Abrams said recent gun laws are costing Georgians money, and she wants more accountability for the lack of it. According to Abrams, Georgia had the 14th-highest gun death rate in the country in 2019, ranks ninth in the nation for gun violence and is the leading cause of death among Georgia’s kids and teens.

While making it clear she knows how to handle a gun, Abrams said Georgia should be able to protect the Second Amendment and protect second graders at the exact same time.

She also said she supports law enforcement, noting that any good officer will also believe in accountability. Abrams said she wants to raise the wages of law enforcement.

“We have to be able to support law enforcement and hold them accountable because that makes all of us better, and all of us safe,” Abrams said.