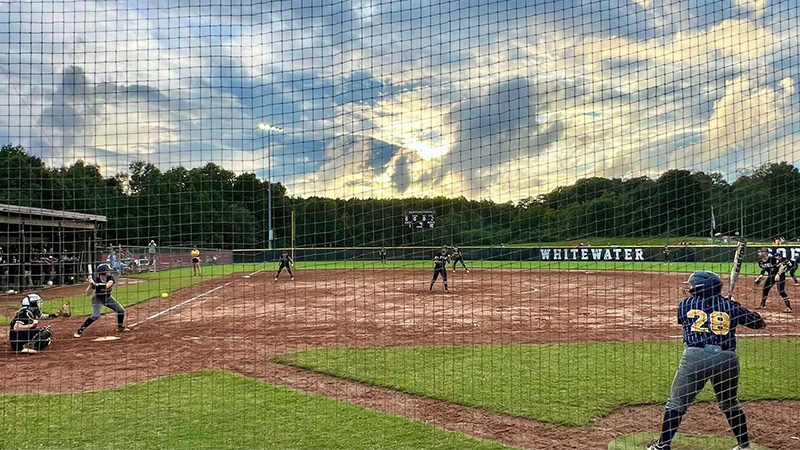 The Troup softball team suffered its toughest loss of the season on Thursday as it fell to region opponent Whitewater 10-1.

The Tigers actually got off to a quick 1-0 lead in the top of the first inning when Ramsey Clark scored on a wild pitch. Clark reached base on a hit by pitch and got a single on a bunt in the third and that was all the Tigers offense could really muster on the night. No other Tiger got on base in the game.

It went downhill fast as Whitewater scored a run in the bottom of the first inning before adding five in the second and four in the third inning.

Little of the blame will go on Troup’s ace Maggie McDonald, who pitched four innings and allowed seven hits and 10 runs. None of the runs were earned though as the Tigers defense made seven errors in the game. It was a tough afternoon for the Tigers defensively and offensively as nothing was clicking on the night.

This was just Troup’s second loss of the season as the team drops to 6-3 overall and 2-1 in region play. The Tigers will take on another region opponent in their next game in North Clayton. Troup will be on the road to take on the Eagles next Tuesday.