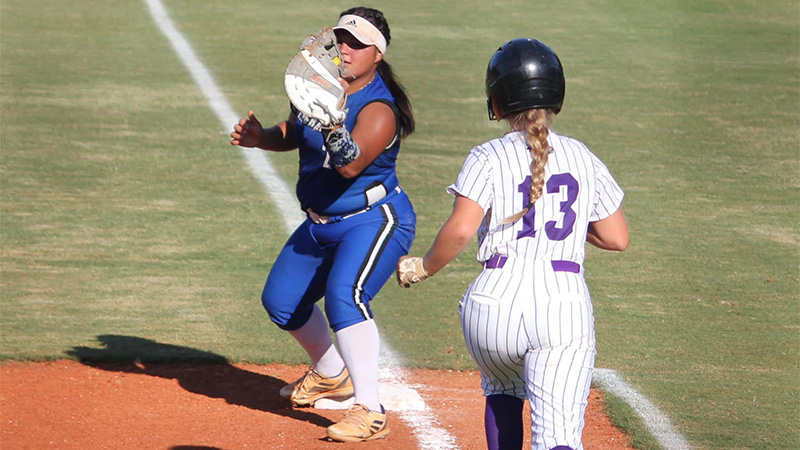 The Grangers softball team let an early lead slip away on Monday as they lost a pivotal region game to Trinity Christian 9-8 in extra innings.

With the Lions trailing 8-7 with two outs in the bottom of the eighth inning, Cacie Cutright delivered a double that scored the tying run and the winning run. The clutch hit came at the expense of the Grangers who led the game 6-0 at one point.

The Grangers bombarded Trinity Christian in the top of the third inning to take a 4-0 lead. With one out, Kimberly Reynolds reached on an error to send Hudson Wood home to score the first run of the game. Two batters and one out later Harlee Overton drove in the second run of the game with a single. With two outs, the Granger bats kept rolling with Abby McGill getting an RBI single before Carolyne Garcia drove in the final run of the inning on a double to give LaGrange a 4-0 lead.

LaGrange was not done there as the team extended the lead in the following inning. Wood drove in Shelby Siggers on a triple to right field. Reynolds hit a sacrifice fly to drive in Wood and give the Grangers a 6-0 lead.

The lead was not to last long as the Lions cut it in half in the bottom of the fourth inning before tying the game at six.

The game was deadlocked until the top of the eighth inning when Tatiana Dudley got her first hit of the game as she delivered an RBI double in the clutch to give the Grangers an 8-7 lead.

The lead slipped away, but it was a hard fought loss for the away team.

Zoe Thompson got the start on the mound and pitched 6.2 innings where she allowed four earned runs and seven hits on eight strikeouts. Kaylee Foster came in and relieved Thompson in the fifth inning before Thompson returned in the sixth.

Reynolds led the Grangers with two RBIs despite not getting a hit as she came up with important plays at the plate in important situations. She also was able to steal two bases.

LaGrange drops to 6-4 overall and 1-1 in region play. The Grangers will be back in action at home against Whitewater on Tuesday in Granger Park.