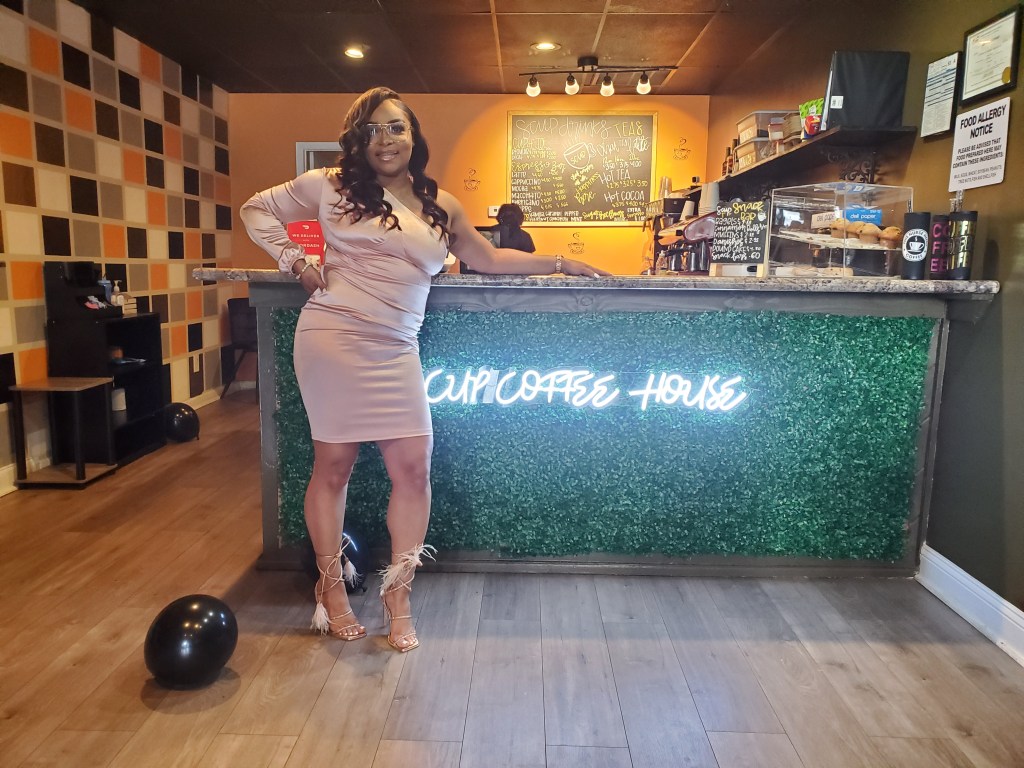 Shaquita Robinson, owner and founder of S Cup Coffee House, opened her shop in August 2021. Through her hard work and dedication, Robinson found success in the coffee business serving classic favorites while offering her own spin on coffee shop eateries like shrimp and grits.

“Strangely enough it feels relaxing everything has been so hectic,” Robinson said. “I feel happy; I feel accomplished as a Black business owner.”

Among the community of family and friends at S Cup’s first anniversary, a few local business owners like Not Another Smoothie Shop’s Brandon Todd and Studio 513 Hair Salon’s BrèTarsha Harris came to give their support.

Before opening S Cup Coffee House, Robinson worked in several customer service jobs, with jobs around coffee interesting her the most. It was this fascination that led her to take a chance and open up her coffee house.

“I knew I had to come out and support her because she is so inspiring,” Erika Lee, a frequent customer of S Cup said.

Lee said Harris made something unique and put her own spin on coffee.

Robinson said in her first full year of business she has learned a lot as new business owner.

“I feel good about what’s to come,” Robinson said.

“I have learned a lot in my first year, and I hope to continue learning as I grow my business.”