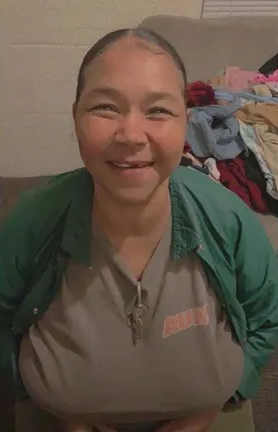 Michelle Dunlap Smith went missing after walking away from Wellstar West Georgia Medical Center just over two months ago. Now, her family is pleading for help locating their missing sister and daughter.

Smith was spotted on security cameras walking toward the rear of the hospital, according to LaGrange Police Detective Amy Sweatt. That’s the last time she was reported seen by anyone in LaGrange.

Smith was reported missing the next day when her family did not see or hear from her after she left the hospital.

Her family is hoping that someone, anyone, can provide information that might lead to Smith’s whereabouts and possible return. The family has offered a $2,500 reward to anyone that can provide information leading to her location. Smith’s sister, Cherina Jones, and mother, Ida Dunlap, want her to know that she is loved, and they are still looking for her.

“She has a family that misses her very much. Wherever she’s at we love her and will not give up on her,” Jones said in a video provided by the LaGrange Police Department. “There’s not a day that goes by that I don’t think about her, that I don’t wish that she would call or pop up in my house,” she added. “I miss her very much.”

Sweatt advised that they have received a few tips since Smith went missing, but all of their potential leads have dried up. Now they are hoping that someone will come forward with information that may lead to her location. Jones believes that her sister had to have been taken by someone and she wouldn’t have just left.

“Michelle doesn’t go out and around town like that,” she said.

Jones also said it was odd that Smith left the hospital in a direction away from her home. She said Smith has trouble walking, but she does live nearby, so walking home wouldn’t have been unreasonable.