Red and Blue Knights to ride for Casey’s Cure 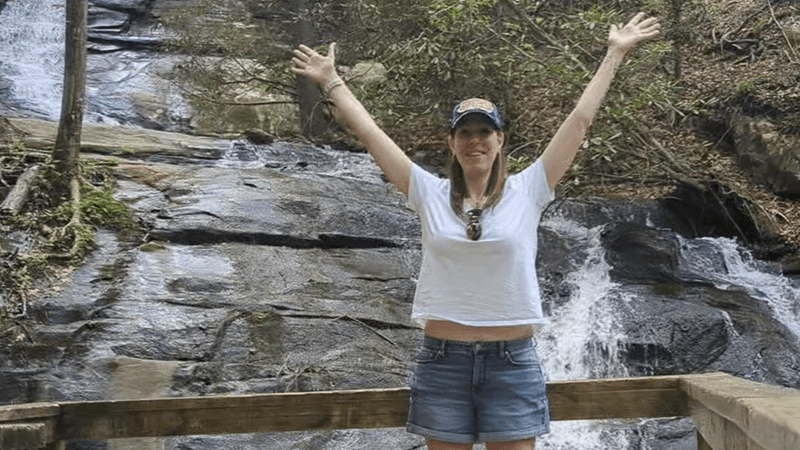 Next Saturday, the Elks Lodge in LaGrange will host the Second Annual Ride for Casey’s Cure to help raise money to fund research for muscular dystrophy.

Casey’s Cure’s namesake, Casey Duffield, has a rare form of muscular dystrophy called Hereditary Myopathy with Early Respiratory Failure (HMERF). The disease is so rare that only handful people in the United States are known to have it.

HMERF is a progressively debilitating disease that causes progressive weakness and muscle loss across the legs, hips and respiratory tract, and ultimately death.

Duffield was diagnosed with HMERF in the fall of 2017. Because of the rarity of the disease, little was known about it. Duffield’s father had also been afflicted with the disease since her early childhood. She later went to nursing school and devoted her life to becoming his fulltime caregiver until his death in 2004.

At the time, doctors told Casey that she was safe. So far only men had manifested the disease and only 50 percent of women were thought to be carriers. That thought changed when she reached her early 30s and began having muscle pains, aches and tiredness in her muscles, causing her to lose her grip and upper body strength.

Doctors initially thought she had limb-girdle muscular dystrophy, but bloodwork later confirmed she has HMERF. When Casey was diagnosed, she and her mother Chris Duane searched for advocacy groups, but were unable to find any due to the rarity of the condition. Two years later, Daune started Casey’s Cure to support research into finding a cure for the rare condition and let people know that they are not alone.

Because of the severity of her condition, Casey struggles with daily muscle pain and sometimes depression that makes it difficult to do her job as a nurse, she said. But she’s not giving up.

“I try to push myself to do things and get the most out of life because of my lowered life expectancy,” Casey said.

That means doing things she sometimes doesn’t want to do, like going on a hike to see a waterfall. Casey said she struggled tremendously on the hike, which was meant for novices, but it was an expert-level trail for her. She said even with the pain she experienced the next day, it was worth it, and she doesn’t regret doing it.

Casey goes to weekly physical therapy sessions to help with her condition, but like everyone else, she has some days that are better than others.

Though Casey’s medical care needs are extensive, money from Casey’s Cure goes entirely to supporting research that may one day find a cure, not her medical care.

Being one of only 11 people known to have the disease, Casey has provided tissue samples for The Charles River Lab and Ohio State University to help find a cure. Her tissues are also currently being studied at the University of Arizona Medical Center. They’ve asked for a second tissue donation, so the group is currently fundraising to get her to Arizona.

Duane advised that the researchers in Arizona are hoping to find what triggered Casey’s muscle cells to begin dying when she hit her early 30s. Casey lived a relatively normal life until her muscles began to die after hitting 30. Finding out what triggered the effects of the disease may help find cure.

Casey’s Cure has set a goal of raising $20,000 this year. The local Red Knights (Chapter 8), a motorcycle group composed of past and present firefighters and their families, are once again hosting the motorcycle ride to help raise funds for Casey’s Cure.

The benefit ride will be held at the Elks Lodge at 905 S Davis Rd. in LaGrange on Saturday, Sept. 10. Registration begins at 9 a.m. with the ride scheduled to begin at 11 a.m.

Retired firefighter Vince Blevins of the Red Knights advised that the ride will start and end at the lodge with a route through LaGrange. The route was developed by the Blue Knights, a police motorcycle group, who will join in the ride. The route should take about an hour, he said. Jeeps and trucks are also welcome to participate in the ride.

The event will feature a 50/50 raffle, along with food, drinks and door prizes.