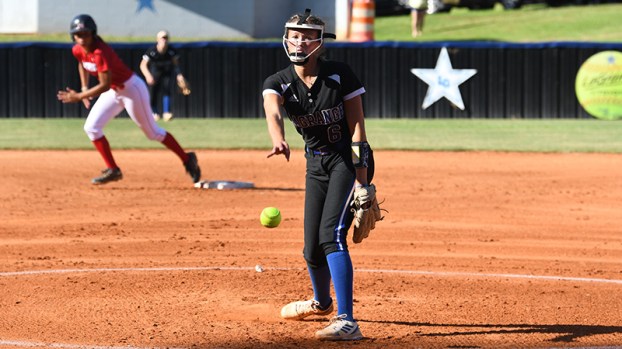 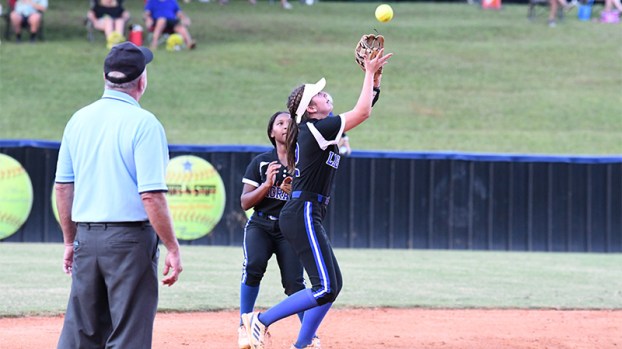 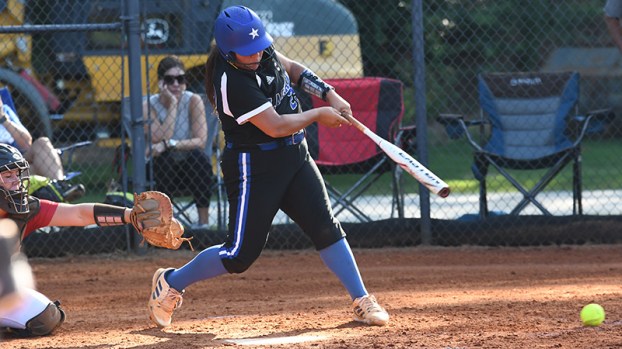 Freshman. Substitute. Walk off. That describes the brilliance of Shelby Siggers on Wednesday night as she delivered a two-out, walk off single in extra innings to seal the Grangers wild comeback win over Northside. The final score read 12-11 at the end of eight innings and the young freshman was the hero.

“It was definitely a big moment for me in a varsity game,” Siggers said. “I know play time is limited, so I had to show out.”

While she was the hero in the varsity game, she had precious little time to celebrate as she readied herself for the JV game that ensued after the conclusion of the varsity game.

The game was a wild one in Granger Park as the Grangers had to dig themselves out of deficits of 6-0 and 9-2.

“The game had a lot of highs and lows,” LaGrange head coach Craig Mobley said. “We had the inbetweens. There was a lot of tension in the game.”

The Patriots pounded the Grangers with six runs in the top of the second. The Grangers were able to chip into the lead when Kaylee Bryant hit an RBI double in the bottom of the second but were unable to capitalize with a runner in scoring position with one out.

LaGrange cut into the lead once again in the following inning when Hudson Wood scored on a passed ball.

Northside stormed back with three runs in the top of the fourth inning to give themselves their biggest lead of the night at 9-2. LaGrange’s back bent but did not break.

The Grangers stormed back with five runs in the bottom of the fourth to trim the lead. Hudson Wood was hit by a pitch with the bases loaded followed by a Kimberly Reynolds single and the lead was quickly down to five. Harlee Overton hit a sacrifice fly, and Tatum Nation hit a two RBI single to make it 9-7 after five innings.

The Grangers were not done there as Hudson Wood got an RBI single in the sixth inning to trim the lead down to one. With the bases loaded, Reynolds cleared the bases with a monster double, and the Grangers had their first lead of the ballgame at 11-9.

“[Reynolds] has been coachable,” Mobley said. “She’s been able to adjust pitch by pitch. She has shown a lot of growth.”

Siggers stole the headlines, but Reynolds was clinical from the plate to lead the Grangers with a 3-for-5, four RBI, one-run-scored night.

The Grangers had a chance to close the game in the seventh inning but could not maintain their lead, which Mobley lamented after the game.

“In the seventh inning, we gave them freebies,” Mobley said. “We made a mistake in the seventh and let somebody on through an error.”

The Grangers did not fold with Siggers proving she can perform in the clutch.

“She came off the bench and came in and had a good approach,” Mobley said. “She has a bright future. I’m excited for her.”

Kaylee Foster got the start on the mound for the Grangers and went four innings while Zoe Thompson came in to relieve her and got the win.

LaGrange improved to 7-4 and maintains a 1-1 region record. The Grangers will be at Starr’s Mill for a big region match up on Thursday.