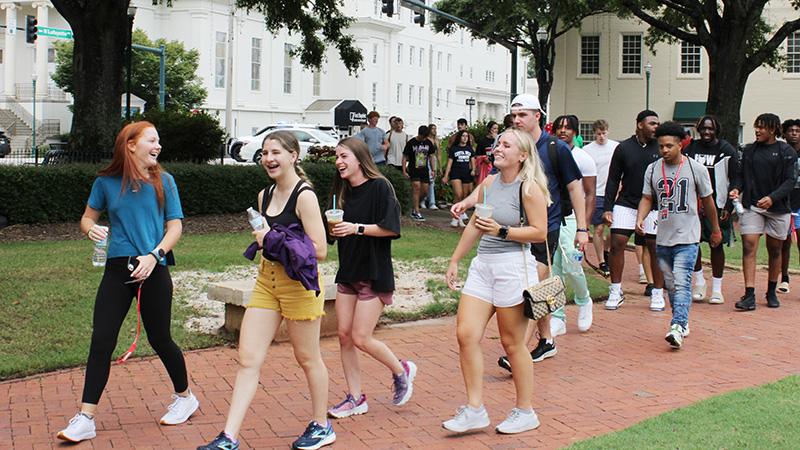 LaGrange College welcomed its largest freshman class since 2019, the school announced this week.

Final numbers show 226 new first-year students enrolled on campus, an increase of 94 from last year’s freshman class and 48 from the 2020 cohort.

“This influx of new students is a promising sign that we are beginning to return to pre-pandemic numbers after two COVID-19 influenced years,” said college President Susanna L. Baxter. “Our admissions team and coaches have worked tirelessly to help more students hear about the opportunities available on the Hill.”

She said she has enjoyed getting to know the new class during their summer orientations, and that they are excited to be on campus and in LaGrange.

“The Class of 2026 is a highly qualified and engaged group of students ready to forge their own path at LaGrange College. We look forward to seeing what they will accomplish during their time with us.”

Fall semester classes began on Aug. 22, and enrollment numbers weren’t official until after class rosters were finalized this week.

The college’s highest freshman mark was set in 2017 with 275 new students.

“Overall, they carry a 3.33 average GPA, and they come to campus from around the country — and world.”

While nearly 80 percent are Georgia residents, the remainder arrived from states as far away as Massachusetts and Pennsylvania, and countries including Argentina, Canada, Germany and South Africa.

“These students are eager to get involved in their new community,” he said. “Please welcome them as you encounter them off campus.”

The large freshman class was accompanied by a substantial group of 53 new transfer students.