LaGrange dominates on the road to earn region win 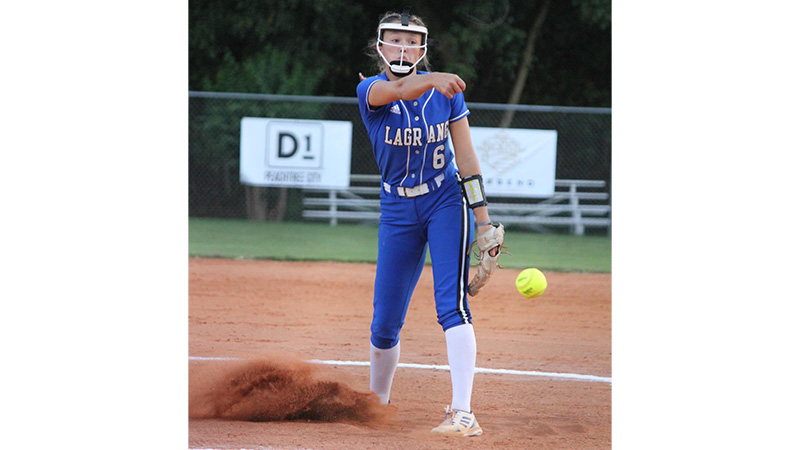 It was a comfortable night of work on Thursday for LaGrange’s softball team as it made clean work of Starr’s Mill 14-3.

Starr’s Mill scored a run in the bottom of the third innings before the Grangers added to the lead with three runs across the next two innings. The Panthers added a consolation run in the fifth inning, but it did little to change the outcome as they still lost in five innings due to the mercy rule.

Kaylee Foster got the start on the mound and pitched the entire game with five strikeouts on three hits and two earned runs.

Hudson Wood was a clean 3-for-3 with three runs scored to lead the Grangers offense. Abby McGill was fantastic at the plate as well as she went 2-for-3 with a run scored and a team leading three RBIs. Tatiana Dudley, Harlee Overton and Carolyne Garcia were all 2-for-3 with two RBIs. Clary Anne Adcock, Kaimmarie Turner, Kimberly Reynolds and McKinsey Gaddy all had an RBI apiece.

LaGrange improves to 8-4 on the season and have now won four of their last five games with the only loss coming by a lone run in the extra innings. LaGrange also improves to 2-1 in the region and sits comfortably in fourth place (top four teams make the playoffs) in region 4-AAAA. The Grangers will be back in action against region leader Whitewater at home next Tuesday.