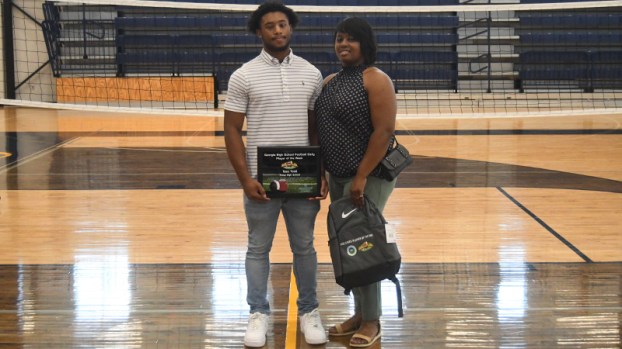 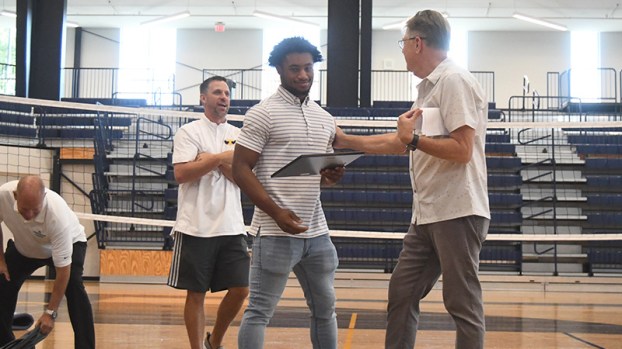 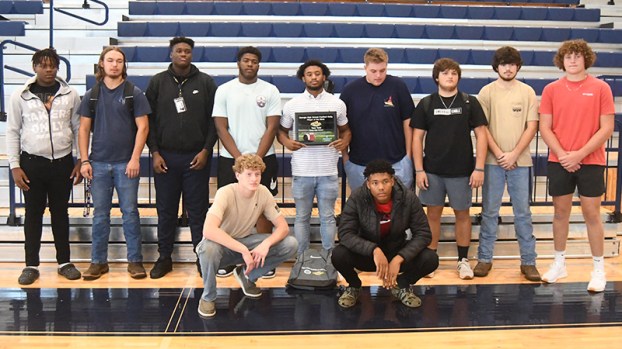 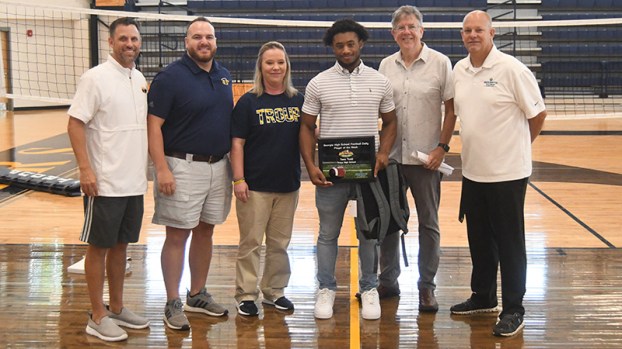 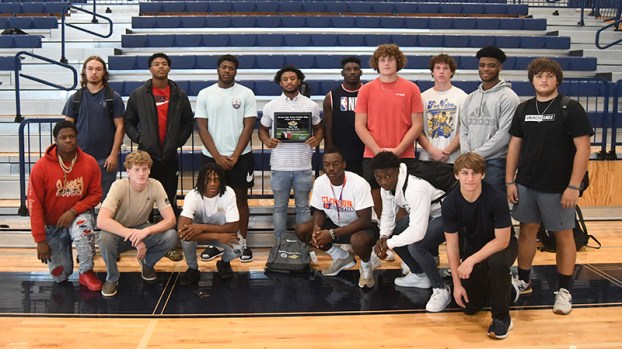 Superstar. There is no other way to describe Taeo Todd at the moment, as he has torn through the opening two weeks of the high school football season. While he burns like a supernova, people have begun to take notice.

At the Troup gymnasium on Thursday, Ted Langford from Georgia High School Football Daily was on hand to give Todd a player of the week plaque for his week two performance against Hardaway.

“Our editors pour over hundreds of stats from over four hundred high schools,” Langford said. “It’s a tedious process … there were a lot of great performances last week, but in all our meetings, one name, one player kept coming up in every discussion we had. That name is Taeo Todd.”

Todd was magnificent against the Hawks last friday as he torched them for 300 passing yards and two passing touchdowns through the air and 205 yards and five touchdowns on the ground. It was a spectacular performance for the junior, who had to miss all but four games of his sophomore campaign as he dealt with a knee injury suffered in a game against Callaway.

Todd has come back from his injury firing on all cylinders.

This is the third straight year that Todd has been the Tigers quarterback. The junior is already being scouted by colleges. He has an offer from Georgia Tech and is visiting South Carolina on Saturday.

“He’s going to make somebody a really good running back,” Troup head coach Tanner Glisson said. “He’s a 4.5 guy, so he can run, but he runs like a linebacker. He has a low center of gravity, and he’s just tough. He runs through people. I don’t know if he’ll play at Alabama or Georgia, but he’ll play against them.”

What position he will play at the next level remains to be seen, but for now he is still a Tiger for the rest of the season and next year. Todd has been one of the best offensive players in the entire state through two games as combined he 18-for-28, 343 passing yards throwing the ball and has carried the ball 25 times for 371 yards. He has 11 combined touchdowns in only six quarters of play. He is averaging a whopping 14.84 yards a carry as he is a true multi-tool weapon at quarterback for the Tigers.

The award was for week two, but his week one performance in just the first game was also spectacular as he had 43 yards passing and eight rushed for 166 yards and four total touchdowns. He got to rest in the second half as Troup put the game against Harris County away early.

Despite the early season success, Todd is always looking to get better.

“I’ve been running the ball well, but I still need to work on my throwing,” Todd said.

This is a prestigious award as Troup’s only other winner since Glisson took over in 2015 was Kobe Hudson, who went on to play college football at Auburn before transferring to the University of Central Florida in the offseason — a sign that bodes well for Todd’s future.

Todd will be back on the gridiron with the Tigers on Friday as the Troup takes on Callaway.