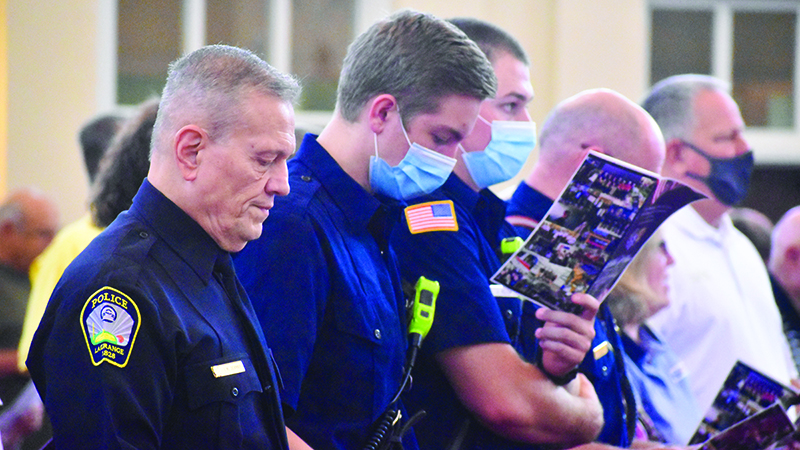 Police officers, deputies, firefighters, paramedics and first responders of all types are invited to attend the service regardless of whether they are members of the Catholic faith.

The parish has held the annual mass since 2017, but the tradition dates back to 1934.  Father Thomas Dade, of the Archdiocese of Baltimore, held the first Blue Mass after forming the Catholic Police and Fireman’s Society earlier that year.

“It’s an honor and a privilege to pray for first responders in a time where they need our support,” Gadziala said.

LaGrange Police Louis Dekmar, who is Catholic and regularly attends St. Peter’s, is also set to speak during the event.

Following the mass, first responders are invited to join in a dinner reception in the parish hall.

The Blue Mass service is scheduled for Wednesday, Sept. 7 at 6 p.m. at St. Peter’s Catholic Church at 200 Lafayette Pkwy in LaGrange.