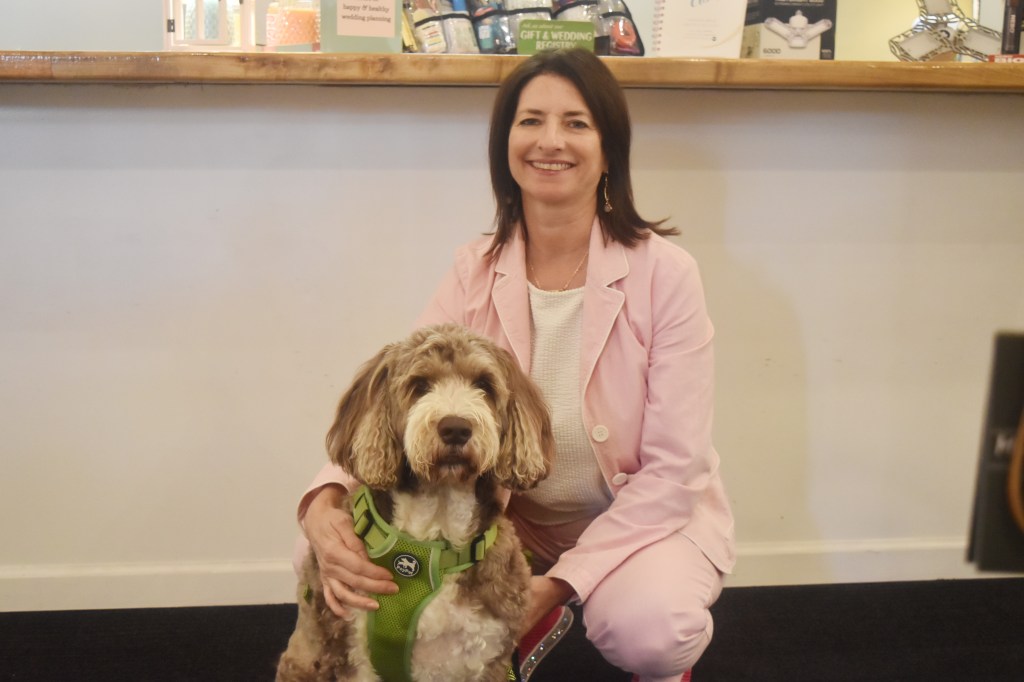 Sullivan, who is originally from Naples, Florida, has been a destination wedding planner for over 25 years. When she saw Plum Southern for sale, she thought it’d be a good fit.

Scott decided to put Plum Southern on sale in April 2022 because she decided she was ready to enter the world of retirement with her husband and dog, Pandy.

According to Sullivan, Scott plans to stay at Plum Southern through the holiday season until she retires in early January to be with her grandchildren.

Sullivan said LaGrange was a great fit, and that everyone had been nice so far.

“Everyone here is so kind. I was telling friends and family that it reminds me of a Hallmark movie,” she said. “Everyone knows everyone, everyone’s nice, everyone’s helpful.”

The items in the store currently include a journal to help brides stay organized, a bag called a Hip Betty that helps wedding planers carry over 200 items, and planning cards that count down the final 30 days to wedding day.

“During the pandemic, as you can imagine, all the weddings stopped, like the world stopped,” Sullivan said. “I was used to being on-the-go constantly, so I developed a retail line maybe 10 years ago of items I thought would be helpful and informational for brides and wedding planners.”

Sullivan said that she is very excited about a January 2023 bridal show where she’s collaborating with An Affair To Remember, Del’avant Event Center and the Beauty Bar.

“We’re going to do it in January because most brides get engaged at Christmas and New Year’s,” she said.

Sullivan also said she will be doing a virtual retreat in January, along with starting a bridal subscription box, with the items in the box being sold at Plum Southern.

The retreat is for people who get engaged, feel overwhelmed and don’t know where to start planning their wedding.

“The retreats were created to avoid all worries of wedding planning and let couples get into a holistic, good mental state,” Sullivan said.

Sullivan knows that taking over for Scott means she has big shoes to fill.

“I want to honor Peggie and everything that she has done for the past 15 years with Plum Southern,” Sullivan said. “She’s an icon in the community a part of so many people’s history. I hope to continue on that legacy and tradition.”