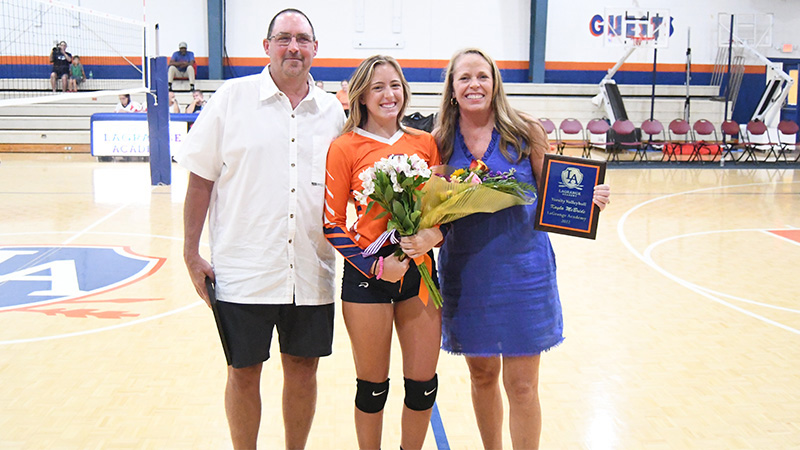 It was senior night in the LaGrange Academy gymnasium on Tuesday, and it was a celebratory occasion as the Warriors honored their lone senior, Kayla McBride, and earned their seventh straight win of the season with a three-set victory over The Oaks.

This is her first year playing volleyball, and she has been a key member of the team’s success in the 2022 season.

Her favorite memory so far: beating St. George’s home and away.

There is more than just athletics for McBride. She is also president of the National Honor Society, historian for the Beta Club, and serves with the fellowship of Christian athletes and the Spanish Club among other clubs she participates in.

McBride plans to attend the University of Georgia after her time as a Warrior comes to an end.

She will likely have at least one more senior night before her departure as she is the captain of the basketball team.

LaGrange Academy improves to 7-1 on the season. The Warriors will return to the court at home on Thursday against Oak Mountain Academy.