Are you ready for some Thursday night football? After a bye week, LHS returns to action on Thursday against Upson-Lee 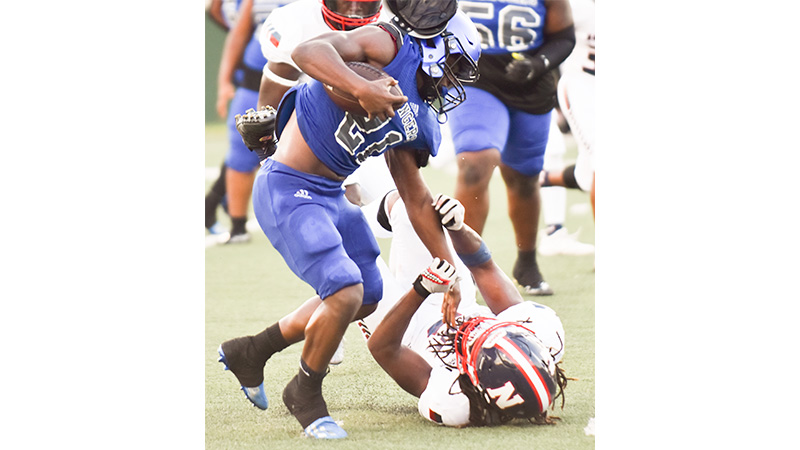 LaGrange is hoping to start the season 3-0 for the second time in the Matt Napier era with a game against Upson-Lee on Thursday.

The Grangers are riding the high of their first two wins and had a bye week last week, but it was anything but a vacation.

“We are working to get back to the basics,” Napier said. “We had 59 missed tackles against Northside.”

Napier saw a lot to clean up in the 56-28 win over Northside a week and a half ago.

There were a lot of positives to take from that game, and the opening two weeks in general. Breakout star Malachin Fannin-Render has been a revelation for the team.

“He exemplifies what our program is all about from a work ethic standpoint,” Napier said.

Fannin-Render has just 23 carries for 450 yards on the ground. That works out to nearly 20 yards a carry for sophomore stud.

He has been far from the only bright spot for the Granger offense. Quarterback Jaylan Brown is 8-for-11 for 194 yards and one passing touchdown to go along with 14 carries for 58 rushing yards and three rushing touchdowns.

Brown has developed a real connection with fellow senior Magic Johnson, who leads the Grangers receiving core with seven catches 183 yards and one touchdown.

The Granger defense has also been special as they have really limited their opponent’s offense. In week two against Northside, the Grangers were able to force two huge interceptions.

This will be the third straight season the Grangers have faced Upson-Lee as they have split the two previous meetings. LaGrange won last year’s affair 24-6.

“They are a very well coached team, and we are very familiar with them,” Napier said.

Napier highlighted Florida commit – T.J Searcy – as a player to watch. The defensive end can end up wrecking havoc on the Grangers offense if they do not come prepared.

LaGrange will be playing in its second Thursday game in its opening three games of the season. This will be the Grangers final non-region game of the season.

“We are nowhere near perfect,” Napier said. “It’s an ongoing process to perfection. It’s impossible to obtain, but we can keep getting closer and closer to it.”